Illinois moves up to No. 17 in AP poll

The Illini improve their ranking during the bye week.

Share All sharing options for: Illinois moves up to No. 17 in AP poll

Illinois didn’t play this week, and it still moved up in the AP Top 25.

After placing at No. 18 following a commanding win over Minnesota last weekend, Illinois found itself at No. 17 in Sunday’s new poll. It’s the third straight week Illinois is in the AP poll, which ended an 11-year drought in the rankings.

Once again, the Illini are joined in the poll by the big boys of the Big Ten East: Ohio State, Michigan and Penn State.

How YOU should feel about the rest of Illinois’ season

Notably, Illinois is the only Big Ten team that hasn’t played a ranked team this season, and that drought won’t likely end until the Illini head to the Big House and play the Wolverines in Week 12. 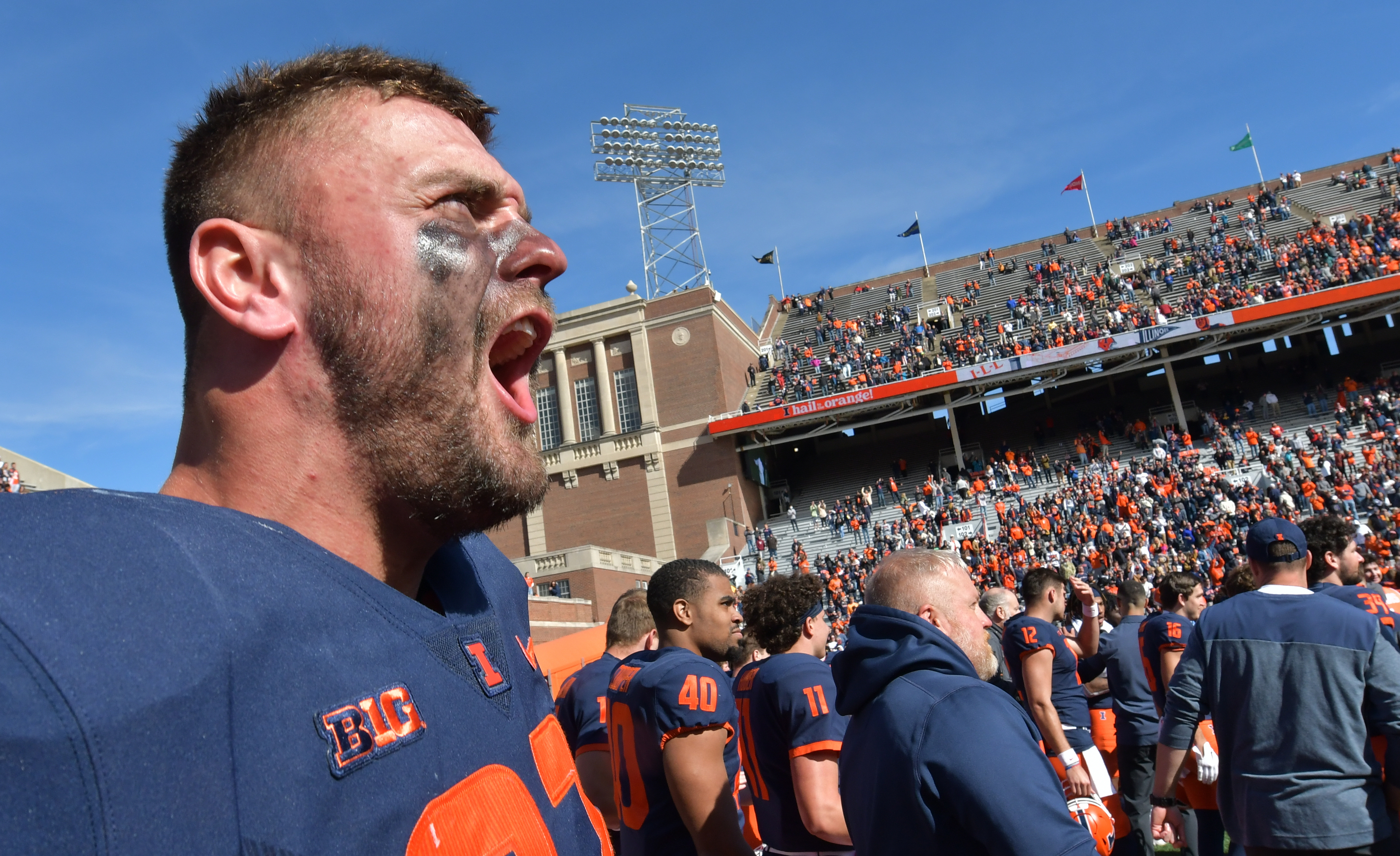 Purdue could’ve joined Illinois in the rankings this week, but floundered on Saturday at Camp Randall in a loss to Wisconsin. Illinois still controls its own destiny in the Big Ten West, sitting alone atop the division at 3-1.

Illinois heads to Lincoln next week for a meeting with the Cornhuskers (2-2 Big Ten). Kickoff for that game is set for 2:30 p.m. on ABC.

This game isn’t on ABC because of Nebraska.

It’s airing on ABC because Illinois is legit. https://t.co/a7chr3UUa8