We can’t be stopped now. Bad boys for life?

Illinois is going to win the Big Ten West.

The best thing about the swift turnaround is that it’s not luck. It’s not fortune. This Illini football team is smothering opponents on defense and running it down their throat on offense.

A sight for sore eyes is Illinois football actively trying to win. The Illini were 4-for-4 (100%) on fourth down Saturday. Aggression is the better part of winning. They are being forthright with it. Head coach Bret Bielema will give OC Barry Lunney a “quatro” call, meaning that Lunney knows he has four downs to work with. It’s been wildly successful and ultimately frustrating for the opposition.

The aggression on offense being coupled with the ultra-aggressive defense makes Illinois football a three-headed monster.

Chase Brown leads the potent running attack. He is no doubt Batman. His Robin, sophomore Josh McCray, has been out since Week 0. McCray should be back after the bye.

The defense, led by dynamic and young DC Ryan Walters, held Minnesota to only 14 points. That is actually misleading due to long second half kickoff return that put Minnesota on the doorstep one play away from a TD.

Running away with it.

How do I know this? CBS broke away from its national coverage of the Alabama/Tennessee game to show a graphic with Chase Brown and Michigan RB Blake Corum. Heisman logo was visible, and the award was the reason for the comparison.

Illinois RB Chase Brown should be in the Heisman conversation. Nation's No. 2 rusher scores on a 40-yard reception to open the game for the Illini vs. Minnesota in a Big Ten West game of import.

Brown won’t be close to winning the award regardless of what he accomplishes on the field. He plays for Illinois. Let’s not get carried away.

Brown opened the scoring against Minnesota with a 40-yard TD reception up the sideline. 41 carries for 180 yards and three receptions for 43 yards.

Illinois’ offensive line plays together and plays hard, but let’s not get confused. Brown does not have the same semi-tractor sized holes that Corum enjoys in Ann Arbor. Teams know that Brown is going to run it down their throats, and they can’t stop him.

Minnesota had six completions for the game. Illinois had two receivers catch more balls than that.

Here are the FBS Rankings for Walters’ defense. This is everyone in FBS, as a reminder. I need to say that when you see this list.

Walters will pick an area of your offensive game plan and take it away. Just like that. Where did it go? You don’t know and you can’t find it. It’s just gone.

The simplistic strategy by Walters to have 3 basic calls and variations off of those calls makes it nearly impossible for offensive teams to diagnose the proper coverage pre-snap. Minnesota used multiple shifts and motions early in the game Saturday to try and ascertain what they were looking at from the defense.

Minnesota isn’t an eye candy offense. This is the out-of-character stuff that a Walters-led defense will get you do to.

He even takes away your identity. 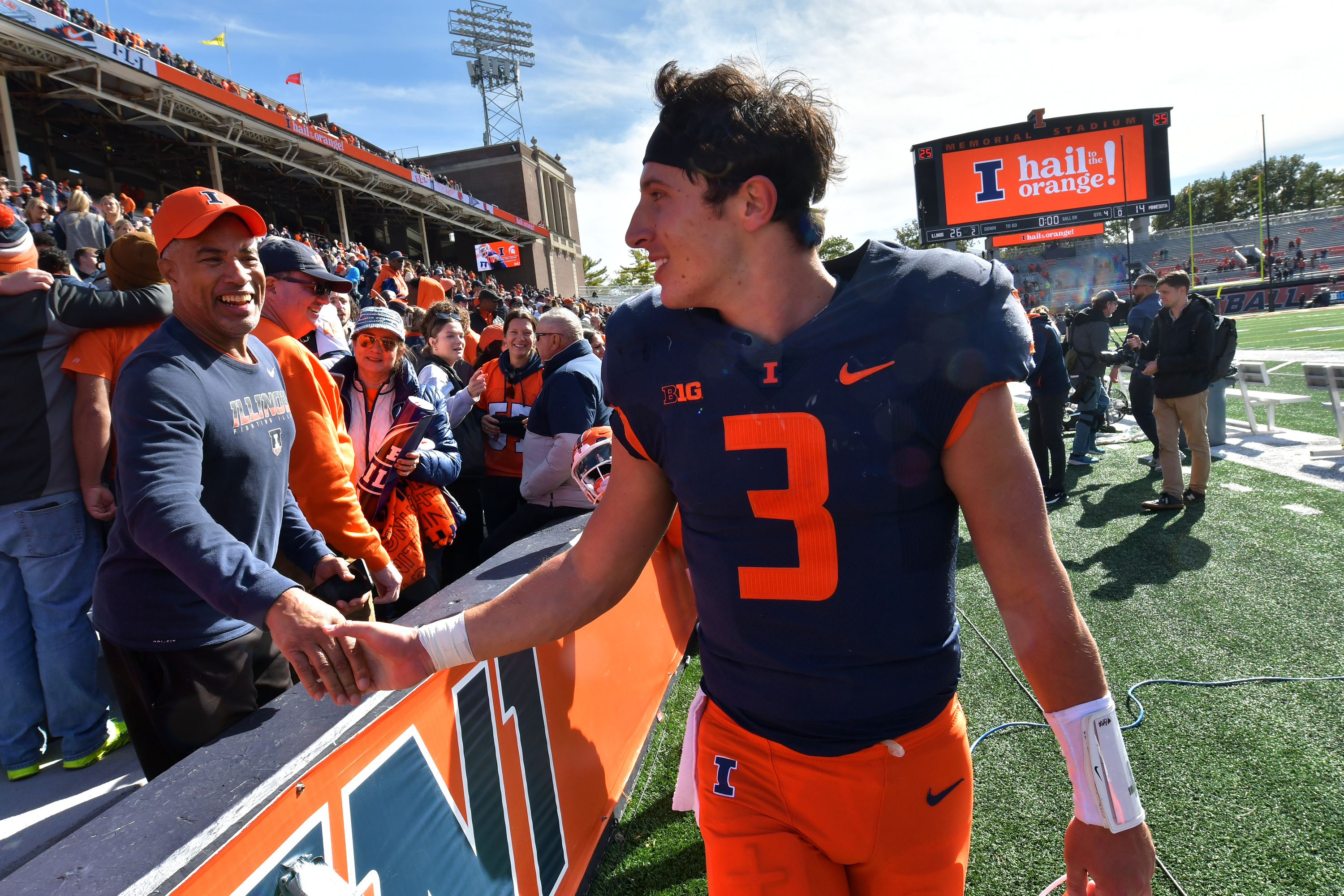 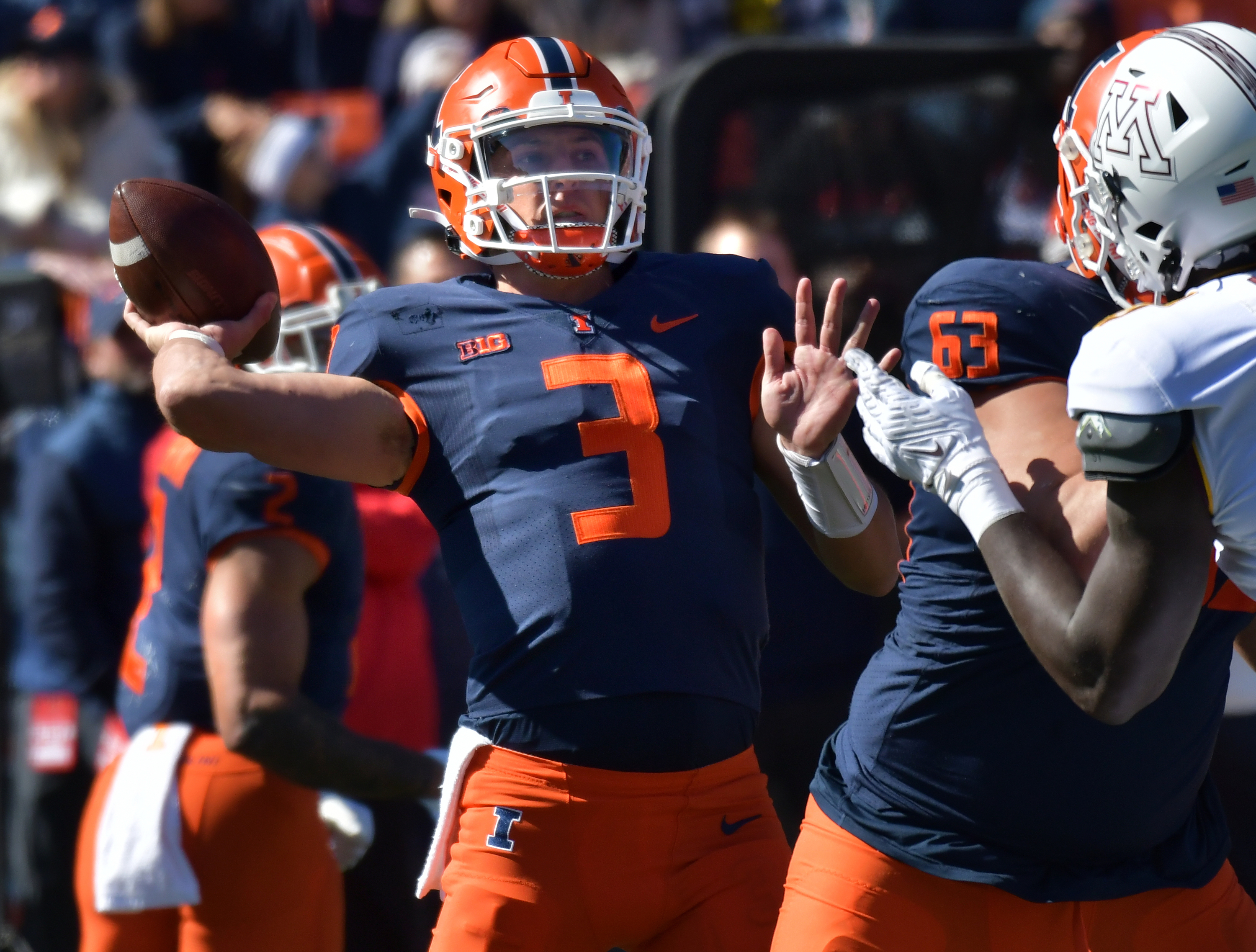 In today’s college football world those numbers seem pedestrian. This speaks to the infancy of the Bielema program, as much as it does the production of DeVito. Illinois needs better horses in the stable to run with the thoroughbreds.

DeVito was accurate, discerning and intelligent in the win on Saturday. Late in the first half, after Illinois held the ball for nearly nine minutes, OC Barry Lunney called for a fade on 3rd-and-1. It was not there. DeVito simply threw the ball away.

Discretion is the better part of valor.

This is now a three-headed monster. Get your hotel room for Indy right now. It’s going to be Ohio State against your Fighting Illini for the Big Ten title.