There's a whole bunch of confusion over who Illinois is likely to hire. We tried to narrow down the search a bit.

Browsing the Fighting Illini-centric Internet over the last several days, it's become apparent that several fans, and even some media outlets, are latching on to extremely ambitious coaching candidates and rejecting others without a second thought.

That's led to a great deal of confusion over who Illinois is likely to hire, when they're likely to make a hire, and a whole host of other things. So let's discuss some of these misconceptions-- seven of them, to be exact-- and see if we can't narrow down the likely targets for the Fighting Illini football head coaching search a bit.

1. Illinois is not going to hire Jim Tressel.

As devastating as this may be to the fans out there who care only about the product on the field, the Fighting Illini are not going to hire Jim Tressel. We did mention him as a part of our 11 possible head coaching candidates in an article on Sunday, but the current state of Tressel's administrative career combined with the logistical difficulties that would come with hiring him make it a nearly impossible task. So nearly impossible, in fact, that I'm willing to guarantee Jim Tressel is not your next football coach in Champaign. 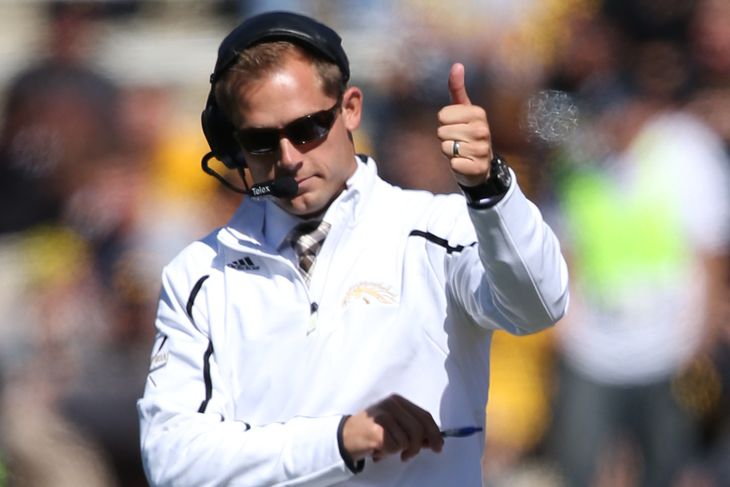 Eleven names to keep in mind

First of all, Tressel is firmly embedded as the president of Youngstown State University, where he previously coached in the late 1990's. I couldn't tell you whether Tressel enjoys his current job, but I'd be surprised if he's particularly antsy to get back into coaching, particularly with a difficult job like Illinois.

The much more prohibitive issue with hiring Tressel is that the NCAA hit him with a show-cause penalty after he withheld information during the tattoo "scandal" at Ohio State. Regardless of whether the penalties levied against Tressel and OSU were excessive (they were), the show-cause penalty will make it extremely challenging to hire Tressel before late December 2016.

It essentially means that Illinois would have to show the NCAA a valid reason why the school should not be sanctioned for hiring a coach who is currently being penalized for a major rules violation. If the NCAA disagrees with the school's hiring, they can immediately lay down whatever penalty they want, because it's the NCAA and that's what it does.

The school could also be heavily penalized if Tressel were to commit any violation during his tenure in Champaign. I'm sure some of you will flock to the comments below to tell me how Mike Thomas is going to be fired, Bill Cubit will coach for another season, and Illinois will hire Tressel in anticipation of the 2017 season. Enjoy that fantasy while it lasts. He's not coming to Champaign.

2. Illinois is unlikely to hire a coach who is not remotely media savvy and/or has a reputation of being hard on players, so stop fawning over Greg Schiano.

Illinois just fired a coach for negligence regarding player injuries, and though we don't know exactly what Beckman did, "negligence" may seem like putting it too mildly once the official report is released. Beyond the main cause of being too hard on his players, Beckman's other biggest issue was not on the field performance-- it was his honestly somewhat impressive ability to make the largest public relations mistake possible at every turn.

So let's hire Greg Schiano! Well, let's see here... he's a proven program builder, who brought Rutgers from the very basement of college football to some decent records and one excellent season, finishing his career 68-67 in New Brunswick. That's not mind-blowing, but it's pretty good. 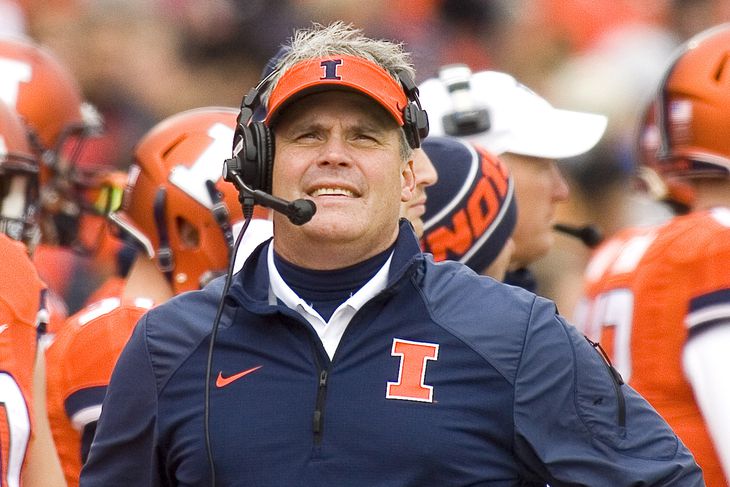 Complete coverage of the coaching change

He also has a history of disciplining his players too hard (particularly during his stint in Tampa Bay) and being terrible at public relations with both the media and other coaches/football peoples. In Tampa, his players basically told the media that he was a dictator and they outright hated his disciplinary nature. That is not good, and it might sound familiar.

Right or wrong, universities that fire incompetent coaches typically look harder at candidates whose strengths match the weaknesses of the predecessor (look at Nebraska hiring your favorite uncle Mike Riley to replace the booster-unfriendly Bo Pelini). Schiano's and Beckman's weaknesses overlap and that doesn't bode well for his chances of getting hired.

Yes, he is undoubtedly a better X's and O's guy than Beckman. He would probably bring a few more wins to Champaign in his first year or two than some of the other candidates on the metaphorical list. His chances of being hired here are not nearly as low as Tressel's, but they're quite low. Don't bet on Schiano, especially when Illinois has a decent shot at finding a better coach elsewhere.

3. Illinois is not going to avoid hiring a promising coach from the MAC just because Tim Beckman did not work out.

Tim Beckman came from Toledo, a MAC school, with a decent record mostly padded by one great season, after which he left. He was not a good enough football coach to find success at Illinois.

This does not mean that PJ Fleck, current head coach of the Western Michigan Broncos, is not a good enough football coach to find success at Illinois. There are other reasons to have some concerns about hiring Fleck, like his lack of sustained success and experience as a head coach, but complaining endlessly that "we can't settle for another MAC coach, this university's standards are so low, blah blah blah" is completely missing the boat (which Fleck is assuredly rowing).

MAC coaches are not inherently bad. Plenty of great coaches got their start in the MAC and went on to have major success at Power Five schools. PJ Fleck is not Tim Beckman, and Fleck has a better chance of being hired at Illinois than Tressel and Schiano combined. Instead of immediately dismissing him because of the conference his school plays in, look into his résumé and form an honest intellectual thought about whether he could succeed as the coach in Champaign. That's what whomever conducts the head coaching search will be doing.

4. Illinois is not interested in hiring the high school coach of your favorite team.

"But John Doe is having great success at Abraham Lincoln High! It's a high division school that's won 234 straight state championships! He's got local connections and understands the area!"

Sorry. Illinois is not going to hire a high school coach straight to the front of a Big Ten football program. That coach you love may be qualified to have a role as a position coach or perhaps even a coordinator at the major college level, but he'll have to work his way up to being a head coach just like everybody else who gets a shot. It's not going to happen.

This thought seems a bit more popular in basketball than football, but I've seen it floating around. No, Illinois is not going to hire Kurt Kittner (I just picked a random player) to coach the team because he was really, really good as a Fighting Illini. I'm sure Kittner is a lovely man and has a great football mind. He, and virtually any other player you'd like to name, has none of the experience one needs to coach football at the D-I level.

6. Illinois is going to hire a coach who has coordinating experience at the Division-I level, at a minimum. Not your favorite position coach who either used to play for Illinois or had a kid who played for Illinois or knows your fourth cousin who went to Illinois.

Position coaches do not make the jump to head coach of a Power Five conference football program, even if they have local ties. And by the way, I have never understood why having ties to an area is relevant to being a coach there. It's not hard to figure out Champaign's culture-- it's windy here and people like to complain. It took me less than six months of college to figure that one out, and I'm a little slow in the noggin.

7. Coaches will be interested in the Illinois football head coaching position.

Yes, it's true. While it's probably not going to be the best job on the market by the end of the season, this is still a Big Ten program in a weak division with plenty of room to grow. There's a solid recruiting base nearby in Chicago, and the program has long-standing connections to several Florida and Ohio high schools.

Illinois is probably never going to be a powerhouse football program for an extended length of time, but the road back to respectability isn't too long and winding. The program's outlook is actually better than it was when Beckman took the job. The roster is at a Big Ten level now instead of a MAC level. The tumultuous nature of the university's leadership is an issue, but not a death knell.

There will be good coaches interested in the job in Champaign. Whether Illinois picks the right one is the much better question.