Illinois welcomes Michigan State to the State Farm Center for a matchup with huge tournament implications.

The Illinois Fighting Illini (17-9, 7-6) have been off for the past week, but they're gearing up for a huge home contest against the Michigan State Spartans (18-8, 9-4) on Sunday night. Illinois scored a huge 59-54 victory in East Lansing earlier this season and they'll be looking for their first home-home series sweep against Michigan State since 2006.

That won't be an easy task, though, as the Spartans are playing perhaps their best basketball of the season. Tom Izzo recently inserted Tum-Tum Nairn into the starting lineup over Travis Trice and his energy has given the team a great boost. Michigan State is 5-1 over their last six games (the lone loss was against Illinois) and they've secured two wins over rival Michigan in addition to a Valentine's Day victory over No. 23 Ohio State.

This game will have huge tournament implications for the Illini. According to SB Nation's latest bracketology, Illinois is projected to be a No. 10 seed in the Midwest region and will face off against No. 7 Oklahoma State in Portland, OR; the Illini are one of the last four teams to avoid the First Four in Dayton. Given the team's remaining schedule, a victory over Michigan State on Sunday would virtually punch a ticket to the NCAA Tournament. A loss, however, would put Illinois right back on the bubble. 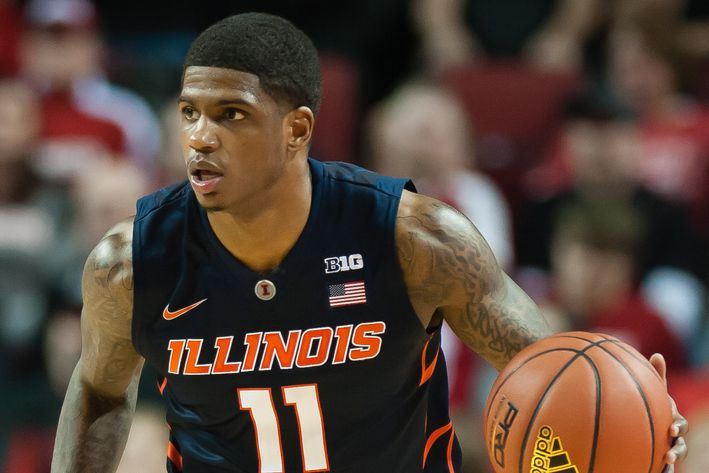 Illinois Basketball issued a statement on Friday afternoon to inform the fans and media that junior shooting guard Aaron Cosby has left the team and will explore transfer options after he graduates this Spring; he had missed the last seven games with an eye injury and indefinite suspension (violation of team rules). At 7.8 points per game, Cosby was Illinois' fourth leading scorer on the year--however he was only shooting 29.3% from the field.

At 58-57, Illinois took the lead in the all-time series against Michigan State following their victory earlier this season. Barring a meeting in the Big Ten Tournament, this will be the second and final contest between the two programs this year. The Big Ten released the 2015-16 conference home/away pairings on Thursday and the two teams will only play once next season--that game will take place in East Lansing.