Highlights and Postgame Press Conference from Illinois' 53-43 loss to the Nebraska Cornhuskers.

Share All sharing options for: Illinois vs Nebraska Highlights and Postgame Press Conference

WARNING: May cause nausea

Click here for Illinois/Nebraska GIFs from The Champaign Room

Groce: I thought Nebraska was terrific defensively. We can't shoot 27% on the road in this league and expect to win.

Groce: Our guys fought, played really hard. We guarded plenty good to win a road game in the B1G, just didn't get it done on offensive end.

Groce: Obviously we need Starks and Cosby to make shots at a higher rate. 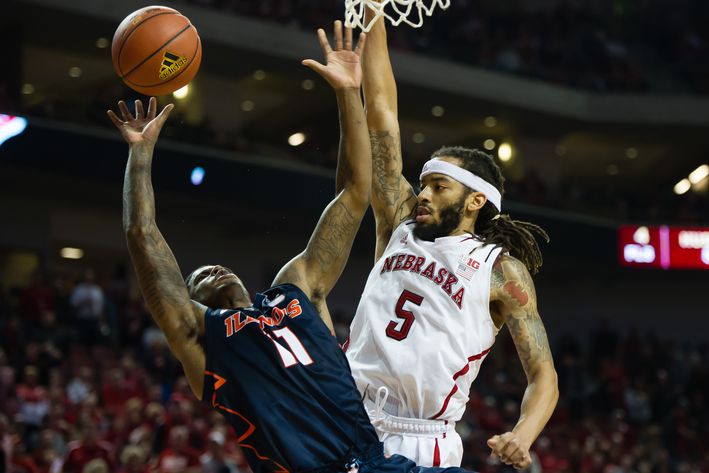 Missed shot, after missed shot, after missed shot. That was the theme for the Illinois Fighting Illini on Sunday night as they fell to 11-6 (1-3) on the season after a 53-43 loss to the Nebraska Cornhuskers. Terran Petteway led the way for Nebraska with 18 points, 3 rebounds, and 4 assists on 6/13 shooting; Kendrick Nunn and Malcolm Hill both contributed 12 points for Illinois.

For more from the Game Recap, click the link to the right