Ahh, graduation. Soak it in

My parents traveled halfway across the country to visit for the past five days which means I'm incredibly grateful for the time I was able to spend with them and which also means I'm incredibly tired. This weekend's Hangover will be short and to the point - in true hangover fashion.

We'll start off the right way, though.

Apparently, a quality version of the Saved by the Bell opening credits is not easy to find on youtube. Kudos to anyone that can post one in the comments.

Graduation took place this weekend. Eighty-three student-athletes graduated along with other bright, young members of the 2014 class. Congratulations to all and good luck on whatever path is next! Do yourselves and the university proud.

The baseball team fell to Nebraska this weekend and will take the 3 seed into the Big Ten Tournament.

Men's basketball had a tough week with the dismissal of Darius Paul, but the weekend brought more encouraging news. Although she won't be able to suit up for the Illini, Carlton Bragg's mother likes Illinois.

And somewhere in China, Aaron Cosby, aka the Sweater, is making a three pointer; something much needed next season.

Last but not least, the Chicago Blackhawks win game one of the Western Conference Finals over the L.A. Kings. 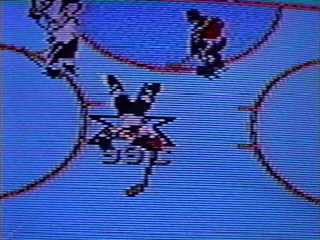 Everyone enjoy your weeks. This will be one long Monday.

More from The Champaign Room