The Illinois Fighting Illini Nike Redesign: What Can We Expect

All questions will be answered on April 16.

Share All sharing options for: The Illinois Fighting Illini Nike Redesign: What Can We Expect

Illinois has the lid pretty well sealed on this Nike redesign. We have the occasional rumor...

One more rebrand "I'm hearing" before the big reveal next week. I heard that the orange helmet will be the best part of the entire rebrand.

We have the teaser videos...

But we also have several rejected interview requests, which leaves us speculating. Let's speculate.

We know that the entire Illinois brand is changing, which means every sport will undergo a change (although not immediately - see below). The purpose of the redesign is multi-faceted. One, Nike is aiming for a consistent image of Illinois. Two, Nike is aiming to make that consistent image versatile, allowing for several uniform combinations that still represent one, singular Fighting Illini image - think Oregon.

The Champaign News-Gazette summarized the details nicely in their write-up. Here are two highlights of the article.

The rebranding process for Illinois athletics. . .was really about taking a look at its visual identity. That includes logos, color schemes, fonts and uniforms

Not all teams will adopt new uniforms immediately - football and basketball will be first up.

This is a good thing. It may be a great thing. In recent years, just the basketball program has undergone a series of image changes, from the court at State Farm Center to the various uniforms, but these changes seemed to be happening together by coincidence, not steps of the same plan. I like the court and the uniforms enough, but I don't love them. I'm excited for a change.

Of course, the change could be negative, as it appears to be with Florida State. Nike's new Seminole logo leaked last week, which sparked an overwhelmingly negative response from the alumni base and sent the school scrambling into damage control mode. 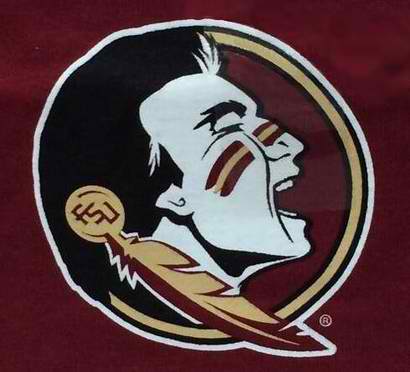 The sport with the most to gain from this rebranding effort is the football team, mainly due to the interchanging jersey parts, so I don't suspect we'll head down the same path as the 'Noles. Fighting Illini football has all the resources necessary for an explosion of wins. It just never seems to materialize. Frankly, we have nothing to lose here, and this added exposure and improved image can only help. I think it'll help a lot.

More than anything, this redesign hopefully will cement a true, beautiful Fighting Illini picture, and close the door on the half-ass effort for a new mascot (and full-ass effort to rid us of the old mascot). I have several questions of course: What will become of our current likeness, represented mainly through the Block ‘I'? How will the orange and blue play off each other? Which color's prominence will grow? How many five-star point guards will we have to turn away once we're so damn beautiful?

Time will tell. April 16, to be exact. Circle the date and wake up early. This is our makeup we're talking about.

(More information will be posted as it becomes available.)