Well, what do you think?

UPDATE: These are confirmed as the uniforms.

I'm just going to get straight to the point because you don't care about anything except the awesomeness of these new uniforms. And guys, they are AWESOME. I love almost every single one of these. They aren't perfect in my mind, and it's tough to work with a simple I for a logo, but Nike certainly made huge improvements over the previous uniforms.

These links are almost certainly legitimate, as they come straight from the photo gallery of the Nike site itself. 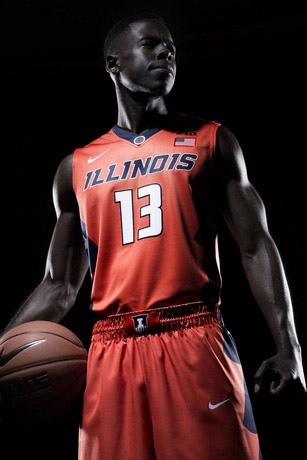 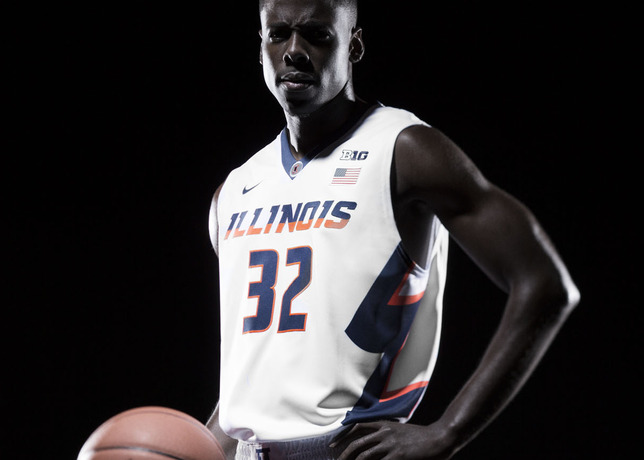 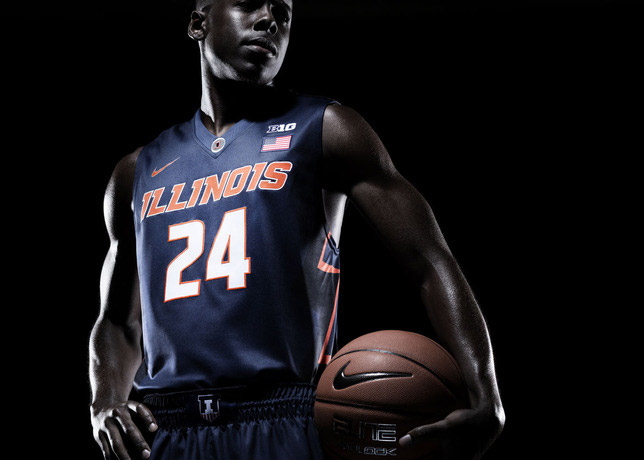 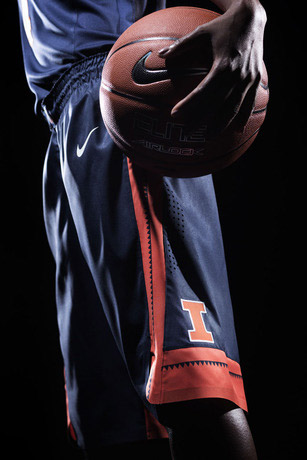 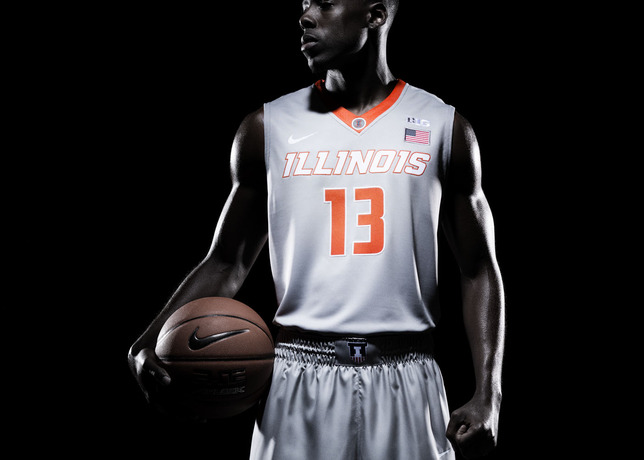 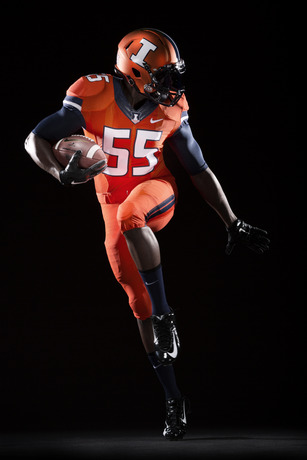 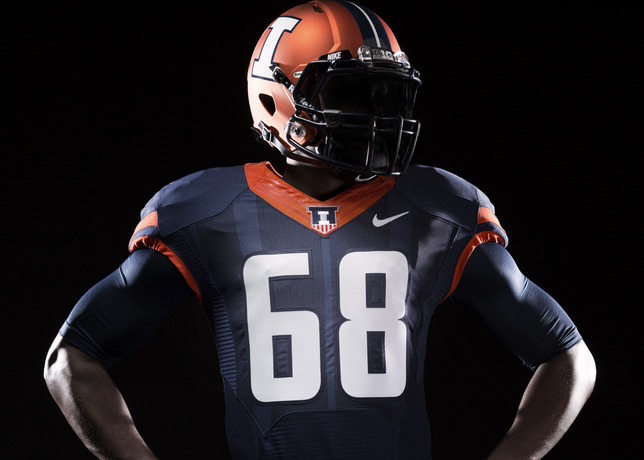 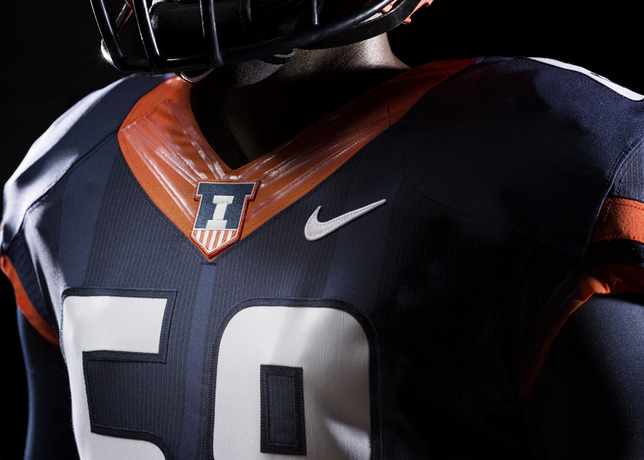 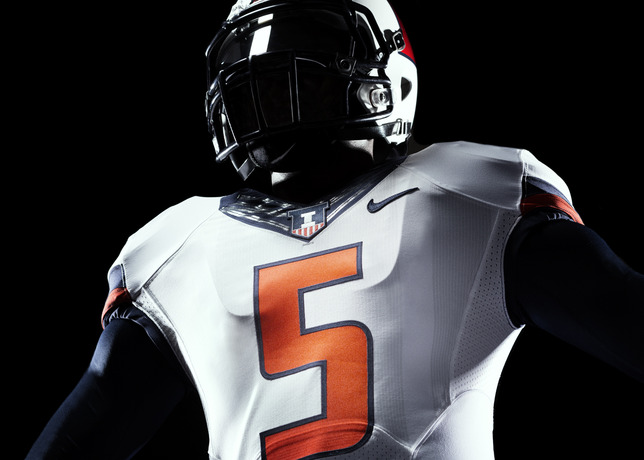 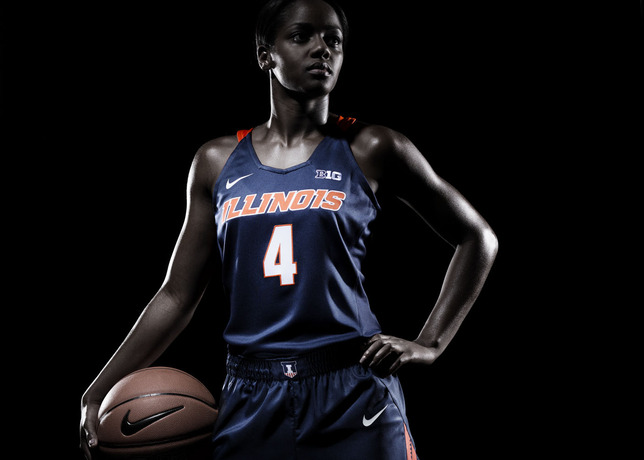 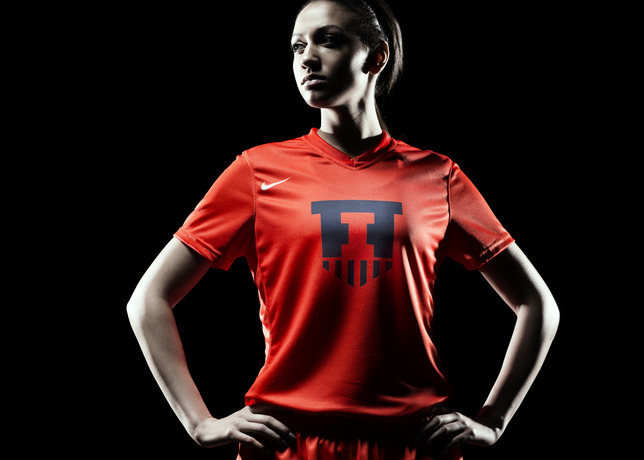 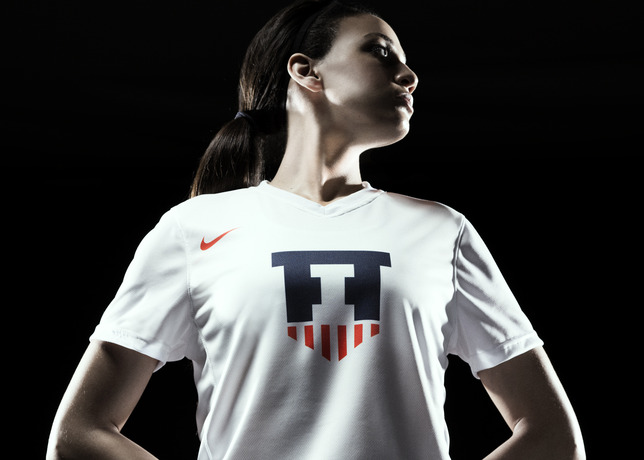 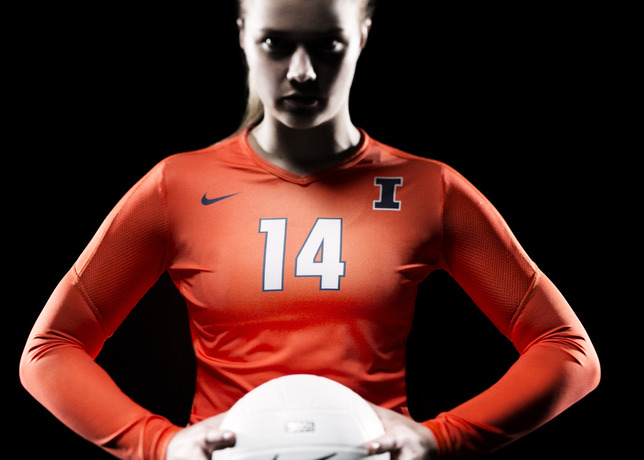 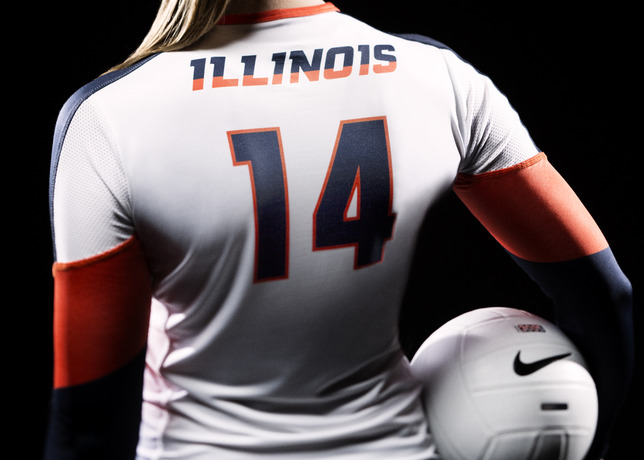 Okay, so I have my opinions and I'm sure you have yours, but I hope everybody can agree that these are at the very least an improvement. I absolutely love the basketball uniforms. They're clean, modern, and cool. Those three words seem to fit perfectly in my mind. I think some people will object to the bi-color lettering on the white uniform, but personally I am a fan.

I would note that it seemed like Nike folks and our own coaches were trumpeting an emphasis on "Fighting Illini" quite a bit leading up to this reveal, and that's not a part of any jersey you see here. This is somewhat confusing, but perhaps there will be other alternate uniforms we haven't see that will incorporate that more thoroughly.

As for the football uniforms, I don't love them quite as much as their basketball counterparts but I am certainly still a fan. These uniforms capture the history of the program while still maintaining a modern appeal. Also: we simply must acknowledge these helmets. These helmets may be the best part of the entire rebranding. I absolutely love the orange helmet. Robert of Illiniboard tweeted the other day that we would probably love the orange helmet, and that has quickly come to fruition. We can only see a little bit of the white, but I'll safely assume it's as beautiful as our beloved Illini orange.

Overall, I think this was a great job by Nike. I still have a few questions, but the overall is extremely rewarding. I'm not a big fan of the logo you see on the white shorts above, nor the lighter blue lines on the blue football uniform. Everything else, however, is almost exactly the type of look I was hoping for and I can't ask for much more than that.

Be sure to let us know what you think of the new uniforms, whether by comment or by tweet. We'll be live tweeting and sending pictures from the Nike reveal event tomorrow as it happens, but it appears Christmas has come early for Illini fans. We'll be updating this post as new uniforms come out. All I can say is, thus far I am thrilled.

So far, the feedback from recruits regarding the leaked Illinois Nike jerseys has been pretty darn positive. And that matters quite a bit.

Source tells me the leaked uniforms are accurate, but there is "way more" to see at the unveiling Wednesday #Illini

Next Up In Men's College Basketball