Run, run, run again, now jump, stop jumping and run there. Okay, now shuffle. Shuffle back and forth for awhile. Who said you could stop running?

DO A BARREL ROLL.

Here are the eight players and here's how they did. 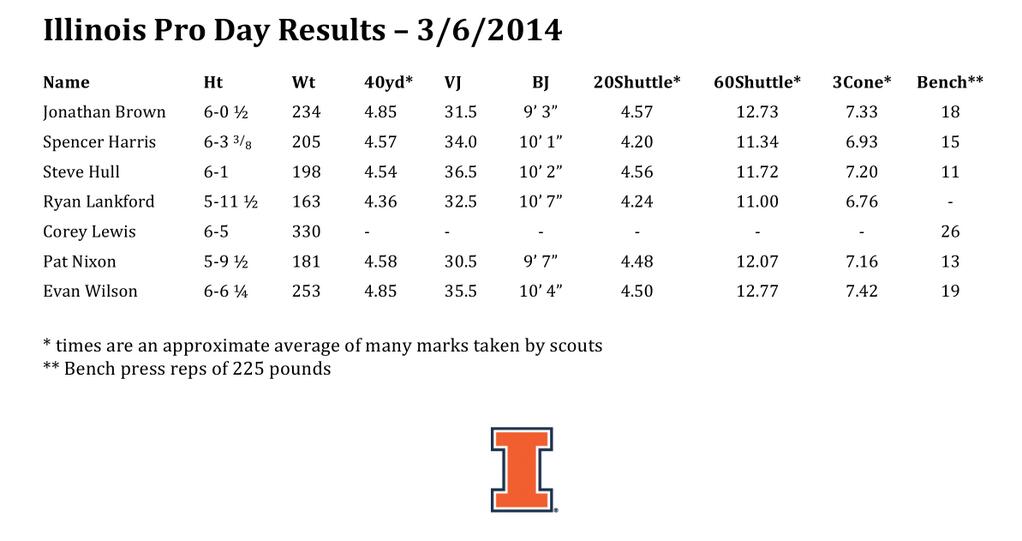 Jonathan Brown's performance stands out, as he improved on a decently awful Combine. His 40-yard dash time improved from 5.03 to 4.85. That five second mark will hurt his stock, and he'll slide--how far, who knows. Still, he deserves to be drafted. I'm biased as hell, but I swear JB can play on Sundays,

Blind résumé time: One of these players is a Pro Bowler, the other is Jonathan Brown. 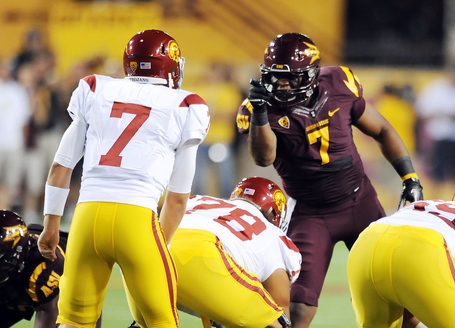 The photo evidence proves that despite a slow 40-yard-dash, he's still one mighty bad ass. And JB's college numbers are better. 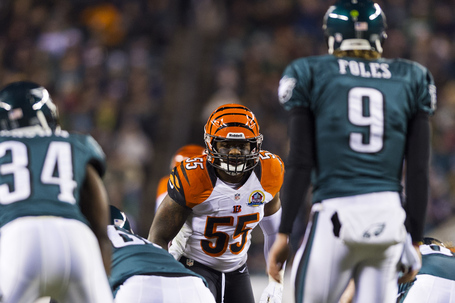 When the two matched up in 2011, Illinois knocked off No. 22 Arizona St. and JB outplayed everyone, including Burfict. Not saying, just saying.

Brown is currently projected as a late round-to-undrafted prospect. No other Illini is projected to be drafted.