Because who doesn't hate the Wolverines?

Share All sharing options for: State of Hate: Michigan

A beautiful thing happened last spring. The gods of synchronicity managed to line up beautiful weather, my least favorite class in the world (at that time), and the Big Ten Conference Tournament all in the same wonderful week. With a fried brain able to relax and take in basketball, my creativity came back. It's no secret that basketball is my least favorite of the Big Four sports, which can make writing about it somewhat challenging. The nitty gritty, technical aspects can still escape me.

But there is one thing that can never escape me and I in turn can never escape from. And that is hatred. Hatred and spite are the very fiber of my being. I derive my power and immortality from them. And with that necessary preamble now finished, I bring you the third official installment of State of Hate: Michigan, you're the fucking worst.

Why you should hate Michigan

BECAUSE THEY'RE FUCKING MICHIGAN.

They're a conference blueblood in football. Since 1975, they've missed two bowl games. In that same span, we've won five. And now they're trying to bring that dominance to the basketball side of the equation? I'm sorry, but this aggression will not stand, man.

They ruined what might be the best season of Illini basketball ever. I know, I'm quite partial to the 2004-05 squad myself, but the top spot in Illini hoops history might just belong to the Flyin' Illini. And Michigan beat them in the Final Four. And then won it all. I'm not saying that championship should have been ours, BUT IT SHOULD HAVE BEEN OURS. I think we all know the real reason the Fab Five's wins all ultimately would go on to be wiped out. IT'S BECAUSE MICHIGAN DIDN'T DESERVE TO WIN BEFORE THEY GOT THERE.

I'm sorry, but it's not maize. Your jerseys are not made out of corn. And if they are, what the hell is wrong with you? Corn is not for clothing. You wear yellow. Get the hell over it.

Can we talk about the Upper Peninsula real quick? 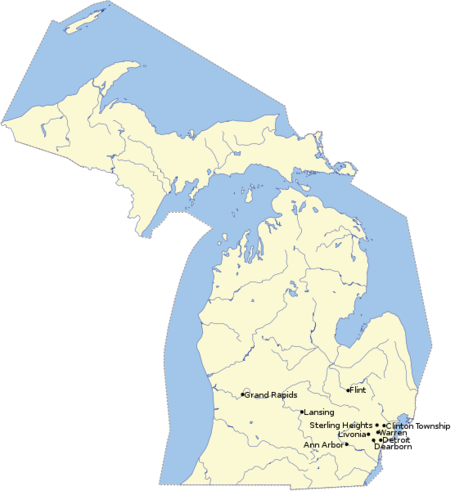 This has literally bothered me since the first time I laid eyes on a map of our great country. How is that considered part of Michigan? It doesn't even touch Michigan! It is northern Wisconsin. If anything, it should be its own state, but no one would want to live there year round.

Why? Because Michigan is practically Canada, but without the socialism (but with Tim Horton's, so it's almost a wash). Spare me your polar vortex and Chiberia (worst portmanteau ever) nonsense: Michigan is actually Siberia. Not like Siberia. Not akin to Siberia. Via a convoluted wormhole and creative mapping techniques, they are one and the same. Did you know it is literally illegal for the temperature to get above 60 degrees for half the year? They passed a law about it (don't look that up, I would never lie to you). There is snow on the ground over 1/3 of the year! Disgusting! 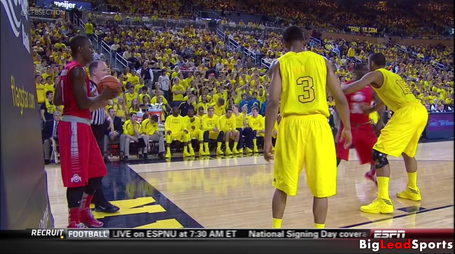 How have I gotten this far without mentioning Detroit? Because I've been waiting. Chicago is a wonderful city rife with crime and corruption. But it's still a wonderful city. Humanity has abandoned Detroit. Nature has reclaimed the once proud city as her own. Detroit is smaller now than it was in 1920. The city had to file for bankruptcy. Any time you think the city you live in sucks, look north (unless you somehow live north of Detroit like some sort of weirdo) and be reminded that no, this is not a house just outside your downtown area. 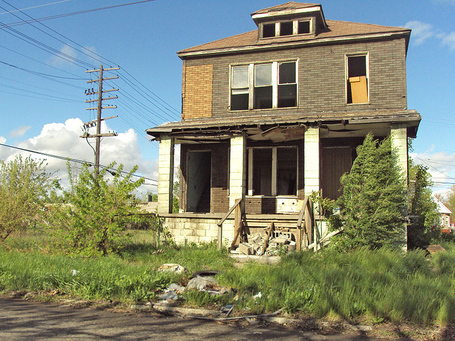 Somehow not a picture of Rantoul!

The state spokesperson is Tim Allen. "But Mark" you wonder, "What's wrong with having Buzz Lightyear try to convince people to come to cold beaches and pretend to like the outdoors?" I'm glad you asked! Back in 1978, Allen was caught trying to smuggle 1.43 lbs of cocaine through Kalamazoo International Airport. He then ratted out all his friends to receive a reduced sentence. No one likes a snitch. Also, how bad must he have been at smuggling? It was the 70s and you were in a small damn near regional airport. Worst criminal ever.

Detroit found a way to actually ruin Robocop. Are any of you familiar with the movie "Thief" staring James Caan? It's fantastic and somehow manages to make you like Jim Belushi. There were pretty much only two cities it could have taken place in at the time: Chicago and Detroit. Since "Thief" was released, Chicago has continued to be the best city that Middle America has to offer. Detroit, on the other hand, got Robocop. Now don't get me wrong, I'm not hating on the first movie in the series. It's a phenomenally dark and twisted look at corporate greed that humorously portrays a dark possible future for Detroit, much like John Carpenter's "Escape From New York" did for the Big Apple (and East St. Louis). But then Detroit had to go and actually become the fictional Detroit from "Robocop". But without the successful evil megacorporations. Instead, they just have evil megacorporations, Mike Ilitch, the biggest joke in the NFL (non-Browns division), and the shitty Robocop sequels and tame reboot. They can't even get their awesome public artwork right. 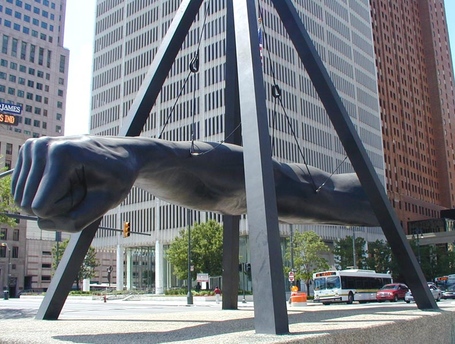 Michigan has managed to get some things right. Sure, the dunes are pretty. The craft beer scene is pretty damn spectacular as well. And I can't write an entire article about Michigan without thanking it for my beloved internet sparring partner/comedy duo compadre @colintj. But those nice things alone are not nearly enough to outweigh the negatives. And for that, Michigan shall eternally suck. Beat them tomorrow. Beat them for vengeance. Beat them for all that is holy. Beat them so I can keep watching meaningful basketball.