Days from now, Nnanna Egwu will tip a trophy like this to his teammates because he refuses to just grab hold of it. 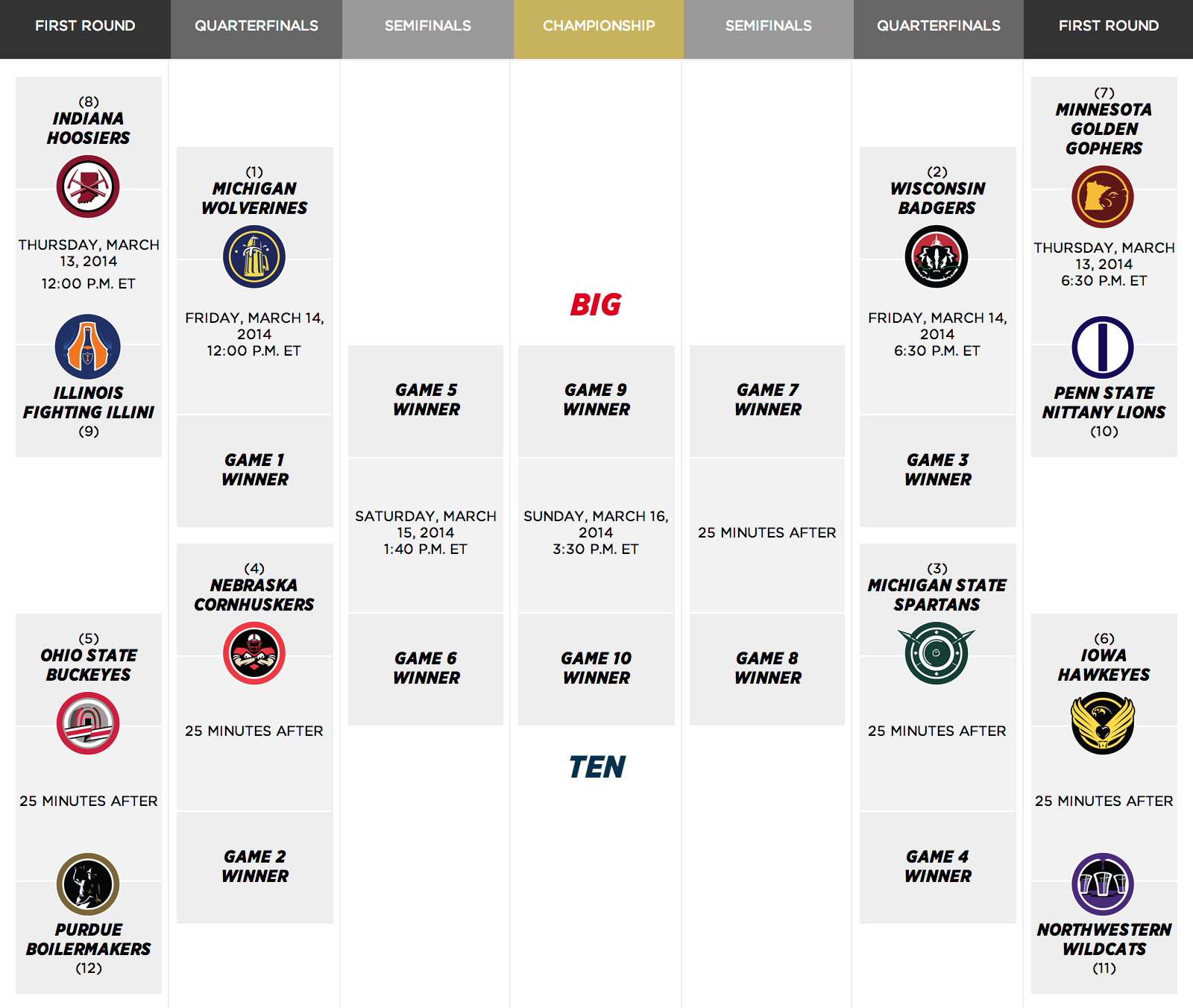 Today at 11 AM Central time, Illinois will take on the Indiana Hoosiers in what could be the final game of a long season. Few seasons induce whiplash as virulently as this one in Champaign has, but there's still the slightest chance of a tourney bid for the Illini.

It's been repeated almost ad nauseam, but wins over the Hoosiers and the Michigan Wolverines would lift Illinois firmly into bubble territory. Additionally, if the Illini are able to catch fire and finish the Big Ten Tournament victorious over all comers, they will receive an automatic invitation to the tournament. Even casual observers can probably understand those four victories won't come easy, but Vegas has helpfully posted their perceived chances of a tournament championship for each of the twelve Big Ten teams. Here are the odds, courtesy of Bovada.lv, plus a few quick reactions:

Despite being the three seed and finishing three full games behind Michigan in the final conference standings, Vegas believes the Michigan St. Spartans have the best chance (ever so slightly) of taking home the title in Indianapolis. The Wolverines already beat Michigan State in both of their meetings this year, which makes these odds even more confusing. Though littered with injuries throughout the season, MSU's most impressive win is probably just an 86-76 takedown of barely-ranked Iowa a week ago. I wouldn't be putting my money on the Spartans this year.

The plucky Nebrasketballers of Lincoln finished their B1G season with three consecutive victories, including one over second-seeded Wisconsin. The Huskers don't have a particularly pretty offense, but their defense is good enough to make them a threat in the tourney. With such high odds compared to the other top Big Ten teams, Nebraska may be the best wager available.

The number of Illini fans I’ve seen convince themselves the team actually has a legit chance of reaching the dance is hilarious/terrifying.

Neither Tom Fornelli nor Vegas is buying into the Illini, and I'm inclined to agree with them. Though significantly better than the three teams below them, their path just seems too rough to expect two or more wins. If any team not named Michigan were awaiting them in the second round, then I'd be more optim---okay, who am I kidding? Nobody wants to hear my calm, rational take.

With double digit victories over every feeble opponent standing in their path, the Illini will blaze a trail of destruction led almost exclusively by Kendrick Nunn floaters. They will be awarded a one seed in the NCAA Tournament solely because the selection committee will be so impressed that Rayvonte Rice lost thirty pounds in the offseason. Also, Mike Latulip's hair will be a factor. They will then win the NCAA tournament on a gritty, grindy, hard-working Jon Ekey header from halfcourt.

Good luck to our Illini later this morning, and may there be #HOOSIERTEARS for all when their work is complete. You can watch today's game on the Big Ten Network, though future games will air on ESPN and/or CBS. Go Illini!