The writing is on the wall and it says, "Coach Cal + CM." It's adorable, really.

Charles Matthews is a smooth, quick finisher and his highlight tapes bring me joy. Since November, he's been on my mind because he was the five-star who could finally break through. He could be our five-star.

Late Monday night, he leaked that his decision was made and an announcement was scheduled. Later Monday night, fans of Illinois and Kentucky (believed to be the two front runners) had to squeeze several months' worth of rumor-chatter into only a few hours. Latest Monday night, the chatter on the boards became writing on the wall.

Illinois' Crystal Ball didn't gain much momentum after that news. 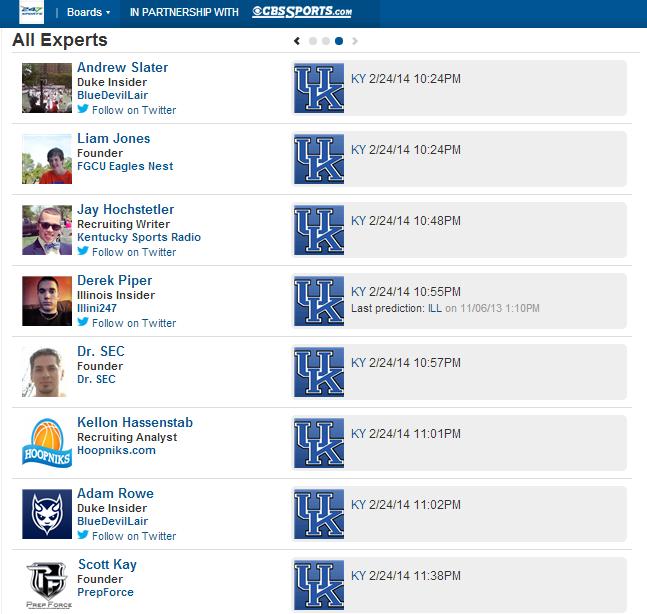 Charles Matthews will make his decision Wednesday morning, and that decision will almost certainly be UK. That's too bad. It's not devastating, since the wing and shooting guard positions have already been locked down for 2015 (SG Aaron Jordan and SF D.J. Williams). But there's always room for a 5-star.