Share All sharing options for: Game Preview: #25 Illinois vs #7 Villanova

The Illinois Fighting Illini are in the Big Apple this week for their biggest challenge of the non-conference season as they're prepare to take on the Villanova Wildcats. The two teams, along with Indiana and Louisville, will be playing at historic Madison Square Garden in the annual Jimmy V Classic.

Illinois dropped their first game of the season against #15 Miami on the road last week, but the team bounced back nicely against a good American University squad. The Fighting Illini moved up one spot in this week's Coaches Poll and are now ranked #25.

Offensive balance has been an integral part of both teams' early season success. There are currently seven players from each side are averaging at least 7.0PPG.

Villanova is an extremely balanced team on both ends of the floor, but their defensive numbers just jump off the page. Their adjusted defensive efficiency of 88.8 is 8th best in country, they force turnovers on 25.8% of opponents' possessions (8th), opponents are shooting 26.3% from three-point range (20th), and they're forcing steals on 14.6% of possessions (8th). Illinois has done an outstanding job of controlling the ball, but they'll certainly be tested on Tuesday night.

The Fighting Illini have been one of the best free-throw shooting teams in the country to start the season as they're making them 77.5% of the time (12th). This includes a 19/21 effort this past weekend against American. 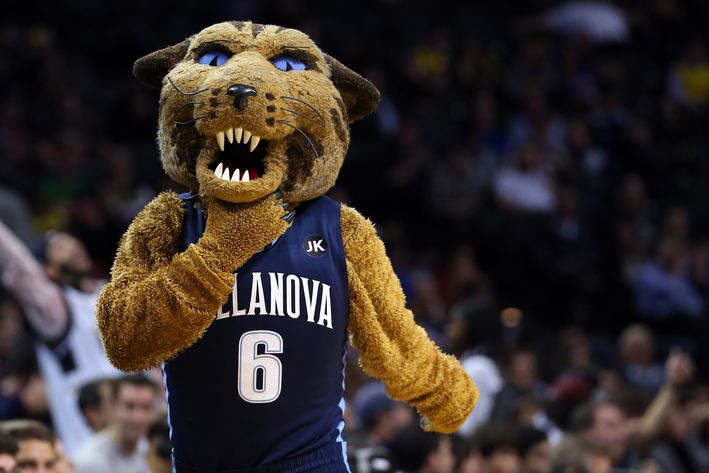 National television, Jimmy V Classic, Top 10 opponent, New York City--Illinois can't let these distractions get to them early on. Villanova plays at MSG 2-3 times a year so they're pretty familiar with this type of environment. The Wildcats like to employ a 2-2-1 press and they're bound to show that defensive look early on. The Illini will have a great chance in this game if they can come out and limit some of the inevitable early miscues. They've displayed that they're fully capable of playing a fast, under control style of offense--they just need to execute.

Illinois can't be settling for forced three's and pull-up jumpers in transition. This is exactly what happened during the Miami game and it's obviously a recipe for disaster. The Fighting Illini did a better job of driving to the basket against American last weekend and that needs to continue if they're to be successful. After all, the point of having shooters spaced around the arch is to open more driving lanes.

Villanova hasn't really dealt with frontcourt foul trouble this year. Attack Ochefu early and often to try and get him out of the game for some extended periods of time. Introduce a little adversity to the veteran Wildcats.

Here's what I had to say in a Q&A with VU Hoops:

This is going to be a fantastic, fantastic game between two tournament-caliber teams. Illinois wasn't initially supposed to be playing in the Jimmy V Class (I think it was Maryland's spot), but everyone involved is thrilled that they've been given the opportunity-it's a truly great event at an even better venue. I'm expecting/hoping for an impressive showing from Illinois, but I do however think that the Wildcats will find a way to win despite a scare.