A sad situation for UAB as they lose their football program.

One of these 9 coaches could replace Bo Pelini at Nebraska - SBNation.com

To other recent B1G coach firings...

Mizzou Hoops Wrap-Up, Game 6: The Dusts Settles - Rock M Nation
With an ugly trip to Maui behind them Missouri's SBN blog looks at what can be learned from the first few games. What can we learn for the Braggin' Rights game?

Miami, Burnett 'Illinannoys' the Fighting Illini, win 70-61 - State of The U
Recap of the Illinois loss from the Miami perspective. The 'Canes secured their 8th win of the season, a likely boost in their Top 25 status, and stuffed their Selection Sunday stocking with another treat in the win. 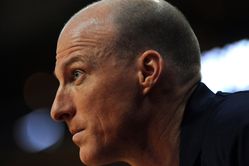 Recapping the 9 point loss against #15 Miami.

The online publisher, owner of SBNation, will announce on Monday that it has just closed a $46.5 million round of financing from a New York investment firm.