You better make this morning brew hot, it's pretty nippy out there.

Midwest life outdoors today promises certain death. If the temperature doesn't kill you, the eight foot icicle hanging from your roof might, so don't slam the front door too hard on your way to work. Just stay inside and follow the cold and couped up groundwork you laid this weekend. 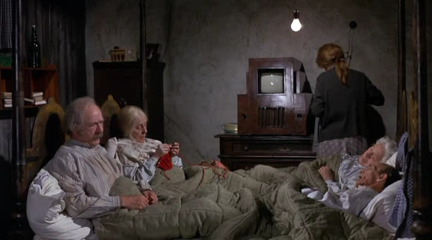 There you are, watching the NFL playoffs and leading the sedentary lifestyle that a negative-50 degree windchill breeds. When the weather forces your hand, follow it's guidance and grab a blanket. Just watch out for those bedsores. And the inability to walk.

The Brew Has A Beef

Yesterday, Jeremy Werner of ESPN Radio 93.5 and Orange and Blue News tweeted the following list after (presumably) watching a Big Ten Network special on the top guards of the 2000s.

In terms of quantity, Illinois has a right to be proud now, just as we had a reason to boast then, when Frankie, Deron and Dee were filling it up en route to conference titles.

Their names on the list brings back some pride. But their order on the list brings a point of contention, primarily at spots No. 2 and No. 3. Following Werner's tweet last night, I chimed in with my thoughts and a mini-group debate started. Let's expand that debate now.

My initial thought was, "No." And after more thinking, my answer is still a biased but resolute, "No." Here is the data.

- With Illinois, Dee Brown reached the Sweet 16 in 2004 and the National Championship game in 2005. His other two season resulted in second round exits.

- With Wisconsin, Devin Harris reached the Sweet 16 once, exiting in the second round in his other two tournament appearances.

- In Dee Brown's final season (2005-06)--often viewed as a letdown following the 37-win season--the Illini went 26-7 and lost in the second round of the NCAA tournament.

- In Devin Harris' final season (2003-04)--his most successful and best statistical season--the Badgers went 25-7 and lost in the second round of the NCAA tournament.

- Devin Harris had a significantly better NBA career than Dee Brown, a fact that is irrelevant for the sake of this argument.

- Dee Brown was an icon in both the state of Illinois and the country.

- Dee Brown wore a headband and high socks. He stuck his thumbs in his jersey, letting everyone know what motherf---ing team he played for. And he was the face, if not the best player, on the best Big Ten team of the decade.

- Dee Brown should probably be the list's No. 1. 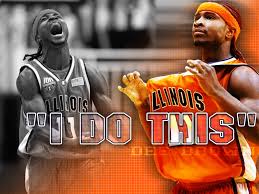 Every bullet point is fact, except the last one, which is gospel. Take them all into account and discuss. Was Devin Harris really a better Big Ten guard than Dee Brown?