Rayvonte Rice Has A Strained Adductor: What Is An Adductor?

We've had some confusion lately. Luckily, our own Mark Primiano has answered this question before.

Share All sharing options for: Rayvonte Rice Has A Strained Adductor: What Is An Adductor?

Rayvonte Rice has an adductor strain and is listed as day-to-day, which could very likely keep him out of the matchup with Purdue on Wednesday. That's not good.

But what exactly is an adductor strain? In the heart of the panic, two oversimplified answers popped up again and again:

WCIA's Aaron Bennett cleared up the confusion, by saying neither was correct.

To call Rayvonte Rice's injury a "groin" or "hip" is incorrect. It's an "adductor strain," which runs through both areas. Sounds painful.

Our very own Mark Primiano cleared it up even further, only he did it 10 months ago. Contributing for SB Nation's Chicago White Sox site, South Side Sox, Mark explained to the class just exactly what an adductor strain is.

The adductor is really three muscles...Combined they all do the same thing. Want to feel them work? Stand up real quick and do the Captain Morgan pose. Alternately, lean back in your chair and spread your legs. Now, whichever position you chose, bring your legs back together. That was your adductor doing the work. 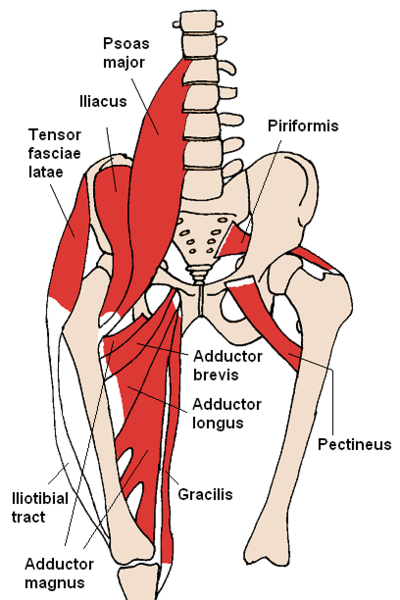 Potentially, this adductor issue could sideline Rice for far more than just one game, but those worries are only speculative. He could just as likely play on Wednesday--we don't know the extent of the injury yet.