I Feel Bad For AJ McCarron

I don't know that I could deal with what he's dealing with right now.

Share All sharing options for: I Feel Bad For AJ McCarron

I feel bad for AJ McCarron, I really do. Not because he receives little to no respect for what he's accomplished as a quarterback at Alabama, and not because I can sympathize with the pain he's feeling with that ingrown toenail because I've been there before.

No, I feel bad for AJ because of this. 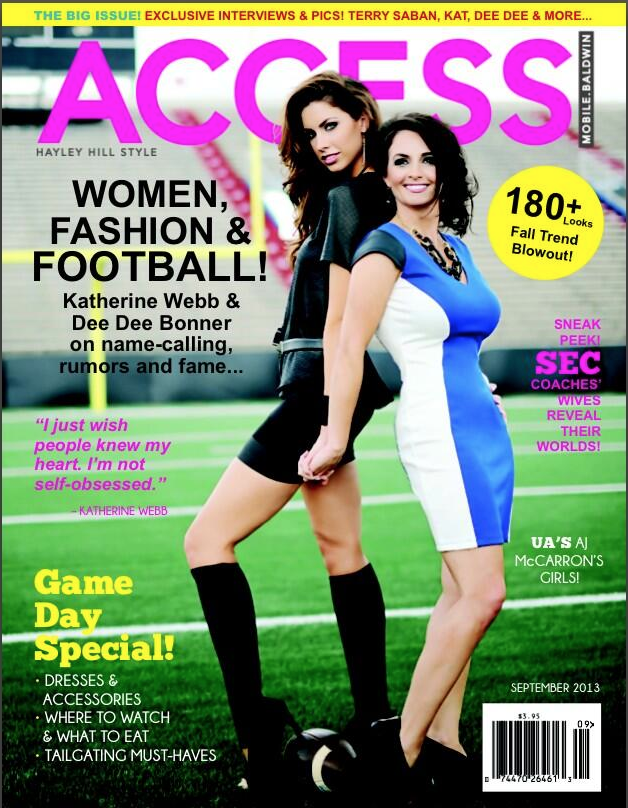 That's his girlfriend and his mom on the cover of a magazine. Looking good.

Now, this may make you think less of me, but I'm just being honest. If my girlfriend was on the cover of a magazine, I wouldn't be happy about it. I mean, unless it was for something she accomplished, anyway. If she was just on there to look sexy, though, I'd be against it.

Call me insecure. I don't care. I am.

I just couldn't take the idea of guys all over the country and internet leering at my girlfriend the way they would be, and if I'm lucky, all they'd be doing was leering.

I mean, I'm the kind of guy that would get angry at friends when they mentioned to me how attractive my twin sister was. Because I knew what they were implying. I'm a guy too. I know exactly what "your sister is hot" really means.

So if I felt that way about my sister, imagine how I'd feel about my girlfriend. On the cover of a magazine.

Now imagine how I'd feel if it was my mom on the cover of a similar magazine.

NOW IMAGINE IT'S BOTH OF THEM. TOGETHER.