In Search Of Chaos

The defensive line needs a disruptive force, and through three games I'm just not sure where it's going to come from.

Share All sharing options for: In Search Of Chaos

With the bye week we don't have a game to prepare for and look at this weekend, and while I'd take a game over anything, if there's any benefit it's that it allows us to look at the Illini themselves. And although the team is off to a 2-1 start and people are feeling good about the program again, as we've mentioned around here time and time again, there are still quite a few problems that need to be addressed.

Earlier this week we went over one of the more abstract problems the Illini face in the third quarters of games. Today we're going to look at something a bit more obvious. 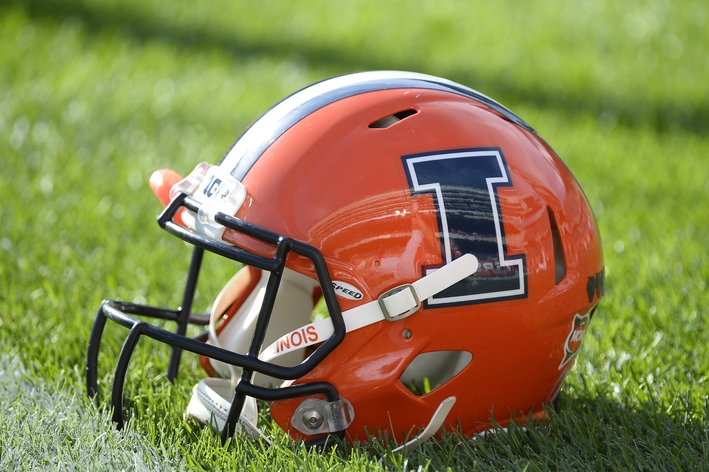 The most important part of a defense has not been great for the Illini, and that's a big reason why the Illini are currently ranked 107th in the country for allowing 6.54 yards per play. Another couple areas where the Illini are struggling in part because of the line are in tackles for loss (86th with five per game) and sacks (88th with 1.33 per game). And as if the teams number of sacks weren't low enough, the fact the team's sack rate is at 3.28% -- less than half of what it was last season -- isn't helping matters either.

Now, this isn't all on the defensive line, but a large part of it is. The four listed starters on the defensive line -- Tim Kynard, Jake Howe, Austin Teitsma and Houston Bates -- have combined for 39 tackles, seven tackles for loss, 1.5 sacks and four QB hurries. Now, for a defensive line, combining for 13 tackles per game is not bad, but the lack of backfield penetration is apparent in those other numbers.

There simply isn't a disruptive force on the line right now, and it's hard to have a good defense without one.

There also isn't a lot of depth, which is something the coaching staff has tried to address by moving both Dallas Hinkhouse and Christian DiLauro to the defensive line this week (because the offensive line is so deep that we can just take guys from it, apparently).

Now, while the offense has improved and you can help an offense with some schematic changes, even without a new injection of talent, it's no where near as easy to do that on defense. Schemes are nice on defense, but having the talent to carry out those schemes is paramount.  And right now the defensive line is filled with guys who are useful, but that playmaker just isn't there.

Maybe that playmaker would have been Darrius Caldwell. We'll never know now.

However, none of this really comes as a surprise this season. We all knew going into the year that this would be a problem, and it'd be unfair to place higher expectations on this unit just because the offense has improved and the Illini have managed to win a couple games. What worries me is that I don't know exactly where that disruptive force the Illini need on the line is going to come from in the future, either.

Right now the Illini have youngsters Kenny Nelson, Jarrod Clements, Robbie Bain, Teko Powell and Dawuane Smoot rotating in. Those five have combined for 15 tackles through three games, but that's it. There have been no tackles for loss, no QB hurries, nothing disruptive.

Now, they're young. Only Powell and Nelson saw the field last season, and they had very limited roles. So there's still plenty of time for them to develop, and hopefully one of them can become that disruptive force the Illini so desperately need in the coming years.

In fact, they kind of have to.

If you look at the Illini's 2014 recruiting class there is currently only one defensive lineman in the class, and that's three-star Tito Odenigbo. It's possible that the plan for three-star linebacker Henry McGrew is to groom him for the LEO spot, but still, adding two players to the line in the 2014 class doesn't make me all that optimistic for the future of this defensive line.

I don't know that there's really enough time left or if there's even room for the coaching staff to really go out there and look for more defensive line help (the Illini do have scholarship offers out to 16 defensive linemen in the 2014 class that have not yet committed, but Illinois isn't high on any of their lists) but it's painfully obvious at this point that the defensive line will be an area that needs to be addressed in the 2015 class.

Which means that we shouldn't expect to see a huge improvement from the Illini defense any time soon.

So we're going to have to keep trying to outscore some people for a while.