Mike Thomas continues to show he knows what kind of scheduling this school needs to do.

Hooray for an athletic director that knows the value of scheduling wins rather than names.

We saw it in the way he scheduled Youngstown State, Western Kentucky and Texas State in 2014 and he continues to show it today as the school announced two future non-conference games. 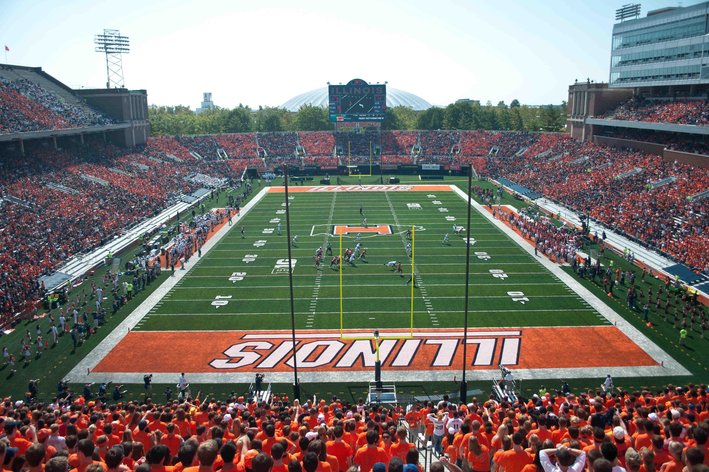 The Illini will host Middle Tennessee State in 2015 and once again face Western Kentucky in 2017.

The game against Middle Tennessee State will be the third time the schools have met, as the Illini beat the Blue Raiders 48-20 in 1998 and 35-6 in 2000. A former Sun Belt team, the Blue Raiders have joined Conference USA this season.

The game against Western Kentucky will be the second time the two schools have played, and the first time hasn't happened yet. No, that 2014 game I mentioned earlier will be the first meeting.

By adding Middle Tennessee State to the 2015 schedule the Illini now have three of their four non-conference games filled that season, as they already  have Kent State and Western Illinois on the schedule. The Western Kentucky game is the first non-conference game -- though there will be only three since the Big Ten will have a nine-game schedule by then -- scheduled for 2017.