Share All sharing options for: Adoree Jackson Talks About His Illinois Visit

Adoree Jackson has been hinting of an Illinois visit for weeks, and this weekend it finally happened. We even have visual proof as Jackson posted a couple photos from his visit on Instagram. 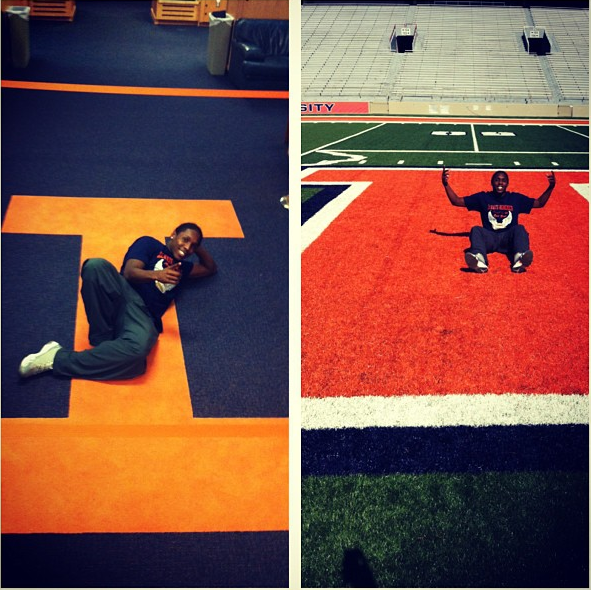 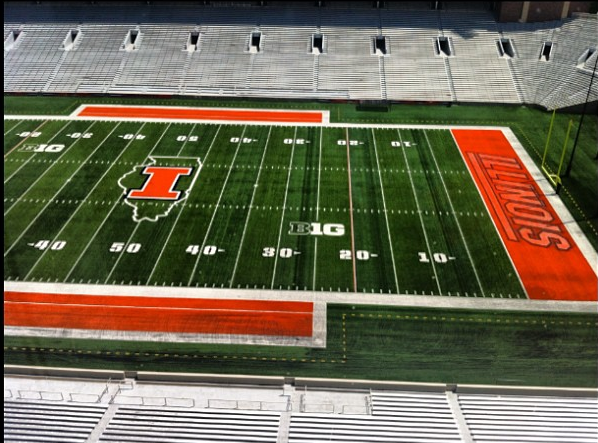 He even hash-tagged that top photo with #HomeSweetHome.

Well, aside from posting photos to Instagram, he also talked to Rivals about his Champaign visit and he only had good things to say.

"It was a great visit," Jackson told Rivals. "There's no place like home. It felt good. It was my first time visiting the campus. I got to hang out with some of the players, the DB's and receivers."

I won't lie and say there isn't a tingle of excitement every time Jackson refers to Illinois as home.

Jackson also told Rivals that the coaches talked about how they would use him, and about how he'd like to play on both sides of the ball. He also mentioned about helping out on special teams, saying the coaches told them they just want to get the ball in his hands as often as possible. And I don't think I'm wrong in saying that if Jackson did come to Illinois he's be the most dangerous weapon the Illini have had since Arrelious Benn.

Coincidentally, one of the last five-stars to come to Champaign.

Jackson also talked about the possibility of actually committing to Illinois, and you're probably going to get all excited now.

"I'm pretty high on Illinois," Jackson said. "If I do go there, I want to put the team on my back and bring Illinois back."

"I think I do want to [play close to may family]. If I go to Illinois, they could be at every game. But I'm going to go someplace that's best for me."

Now, as awesome as all this sounds, I still put the chances of Jackson committing to Illinois just between slim and none. I'd love to be shocked because I feel like he's the kind of player who could jumpstart the program, and he even said he'd love to bring the program back.

It's just that I really don't see it happening.

But if Adoree wants to prove me wrong, that's cool.