Let's Not Read Too Much Into One Scrimmage

Did you know the Illini have the greatest offense in the history of football? It's true.

Share All sharing options for: Let's Not Read Too Much Into One Scrimmage

On Monday night the Illini played a scrimmage in Rantoul. It was the only scrimmage that will be made public, so as you'd expect the entirety of the populace known as ILLINI MEDIA as well as plenty of fans were in attendance. All of whom basically had the same reaction to what they saw.

Seriously, just look at what was written about it afterward.

Mark Tupper wrote about it in the Herald-Review.

Matt Daniels wrote about it in the News-Gazette.

Vaughn McClure wrote about Donovonn Young and Josh Ferguson in the Tribune. 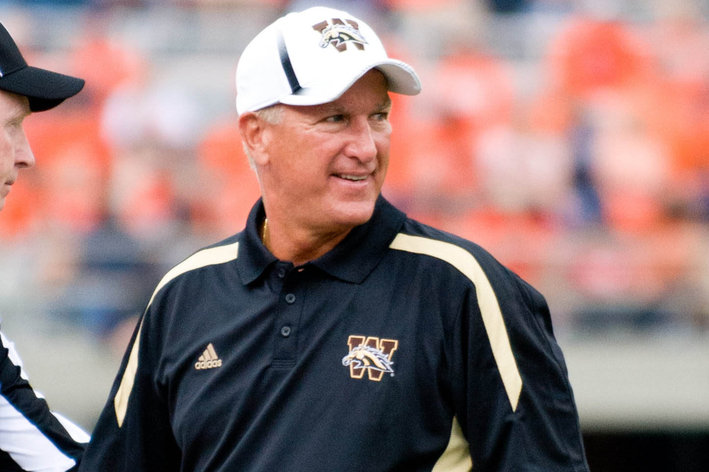 Robert from Illiniboard is pretty much convinced that Aaron Bailey is Cam Newton, Tim Tebow and Braxton Miller all combined into one super-quarterback after seeing him live and in person.

I'm thinking everybody needs to calm the hell down.

Listen, I'm not going to knock the offense's performance as a unit last night, nor am I going to say that Aaron Bailey can't throw. You'll remember months ago that I was the one writing that Bailey does have a good arm from what I've seen in his high school film, he was just so rarely asked to use it, and he could use some coaching on his footwork and all that other stuff.

But there's one key thing we need to realize before raving about the Illini offense in Monday night's scrimmage, and that's who they were facing.

While I've maintained that I think the Illini offense will improve this season under Bill Cubit, my concern all along has been the defense. The defense is what is going to keep the Illini out of a bowl game in 2013. It's important to remember that this was a unit in 2012 that was one of the worst in the conference and would have been the worst if not for Indiana. Now take that unit that finished at the bottom of the Big Ten last season and then remove guys like Ashante Williams, Akeem Spence, Michael Buchanan and Terry Hawthorne.

It's not just the Illini offense that's going to be able to put points on the board against this defense in 2013.

And I'm not trying to sound overtly harsh about the defense, but I am trying to be realistic here. Only four starters return on the unit, there isn't a lot of depth and what depth it has is inexperienced.

Yes, Nathan Scheelhaase, Aaron Bailey and Reilly O'Toole all looked good throwing the rock last night, but they were doing so against a very inexperienced secondary. It won't be quite as easy against Ohio State.

Again, I'm not saying you shouldn't be excited about what the offense showed in the spring game and last night in Rantoul. We're Illini football fans here, and given the way things have worked out around here lately, we're going to get excited about anything we can get excited about. We are starving people who were just tossed a can of Spam.

But man cannot live on Spam alone, nor should we expect people to keep tossing cans of it our way.

So be excited about the improved offense, but try not to forget the bigger picture here.