In June we found out that the St. Louis Sports Commission was interested in bringing back the annual game between Illinois and Missouri, going so far as saying discussions were under way. Well, I don't know how advanced those discussions have gotten in the last few months, but for the first time we have a solid indicator in Illinois' interest in the series. 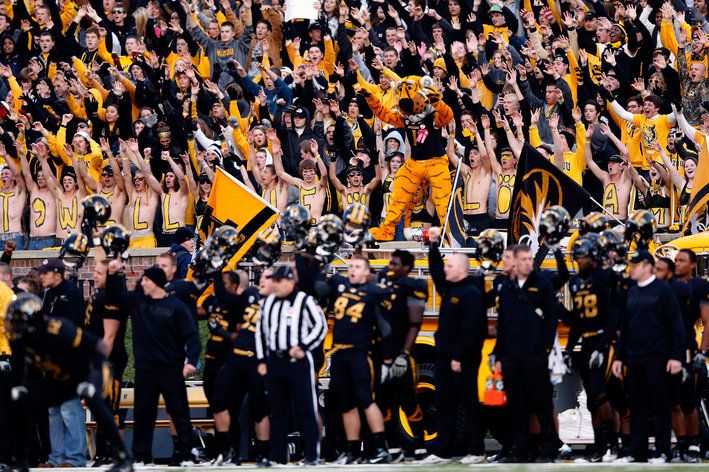 Senior associate AD Jason Lener -- who, along with Mike Thomas, is the guy putting the schedules together -- was on the radio with Loren Tate Saturday morning and made it sound like it could happen.

"It's a game that we're very interested in playing," said Lener.

Now I've said in the past that this is a game I'd like to see brought back because in the College Football Playoff and nine-game Big Ten schedule, these are the kind of games you're going to need to play. There will be no more FCS opponents, and Missouri is a nice "resume" school to have on the schedule. It's also a natural rival for the Illini considering how many St. Louis are kids end up going to either Illinois or Missouri.

Of course there's still the question of where the games would be played. Whether rotating on campus or in St. Louis or both.

Though no matter where they play the games it sounds like it's going to happen at some point.