To build the Illinois football program, both fans, and the administration need patience.

Unless you haven't been paying attention lately, Tim Beckman is going into an important year for the Illini. Many say he is coaching for his job, and even though he has only been on campus for about a year and a half, people are calling for Beckman to be dismissed.

Most of them wanted it to happen after last season, and it's understandable given the state of the football program. The team was bad, and someone has to pay right?

The issue here for most fans I believe is that we have been taught that growth look like the blue line, but in truth, growth is like the red line. 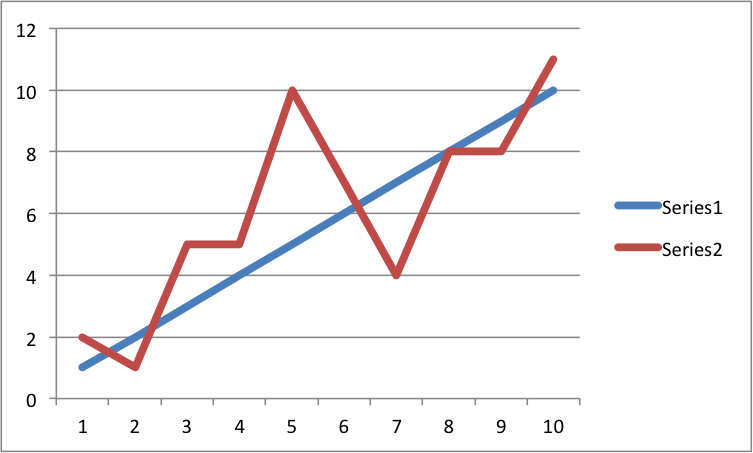 The blue line represent constant growth. The concept of slowly building a team up and making progress steadily is the common theme that most think football teams grow on.

Growth is like the red line. Teams improve and then get worse, and then have to keep rebuilding each year. Growth isn't steady.

The red line represents the number of wins of the Wisconsin football program from 1989-1998. Barry Alvarez was hired in 1990, and the Badgers coming off a 2 win season actually got worse and only won one game. Tim Beckman, meanwhile is catching a lot of heat for only winning two games in his first year at Illinois.

Les Miles only won four games in his first season -- his first as a head coach -- at Oklahoma State. Hayden Fry had a losing season in his debut with Iowa.

The point is, first seasons can't be used as the basis of judgement, or even second seasons. The Illini and their fans need to show paitence and give Tim Beckman time to turn the program around. It was left in shambles after the way Ron Zook mismanaged the roster. It takes times to rebuild a program.

I'm not saying that I think Tim Beckman is the man that can lead the Illini back to fielding a winning football team. What I am saying is, I don't know that he is not. He was able to turn around the Toledo football team. He has to be given a fair chance to do so with the Illini. We can't keep hitting the reset button. What the team needs more than anything now, is patience.