Much like Northwestern home games, there were far more fans of other schools in town for the B1G 10K.

On Saturday the Big Ten Network conducted it's annual B1G 10K race in which Big Ten alumni and fans run the race. I did not participate in the event because I have this thing called common sense and I'm not getting up super early to run 6.2 miles on a Saturday for anything less than $10,000.

Instead of running a 10K I slept in until 10am. I stand by my decision.

You see, the race took place in Chicago, and it featured folks representing every single school in the Big Ten. But since Northwestern is Chicago's Big Ten team, and the school is located just north of the city itself, surely Northwestern representatives greatly outnumbered the other Big Ten schools. 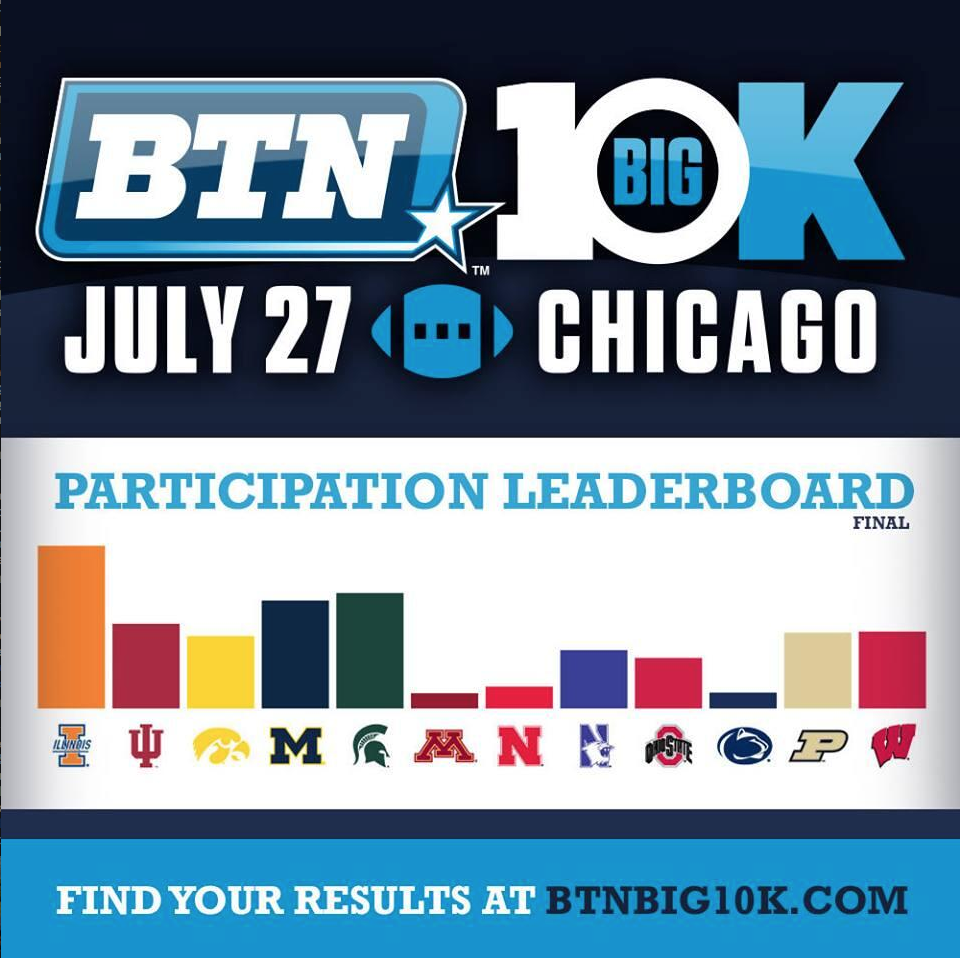 Wait a second, that's Illinois who had the most people! How could there be more Illinois fans in attendance at this event than Northwestern fans? It wasn't a Northwestern home basketball game!

Okay, no big deal. Northwestern finished in second at lea....wait a second, no it didn't. No, that's Michigan State in second.

With Michigan in third.

So it appears Chicago's Big Ten Team might be the eighth most popular Big Ten team in the city of Chicago. And I say might because the truth is it's probably ninth, because I'm sure Ohio State fans out-number Northwestern fans in the city, it's just if you've seen Ohio State fans you know damn well they aren't showing up for a 10K.