Cliff Alexander isn't the only 5-star PF John Groce is keeping tabs on in the 2014 class.

Most of the attention in Illinois' 2014 recruiting class has been on Cliff Alexander, and understandably so. Alexander is proving to not only be one of the best players in his class, but he's also from Chicago and has had only nice things to say about Illinois.

To the Illini fan, that combination of factors is like a unicorn that can not only fly, but one that can score 20 points per game while shooting damn near 60% from the field. 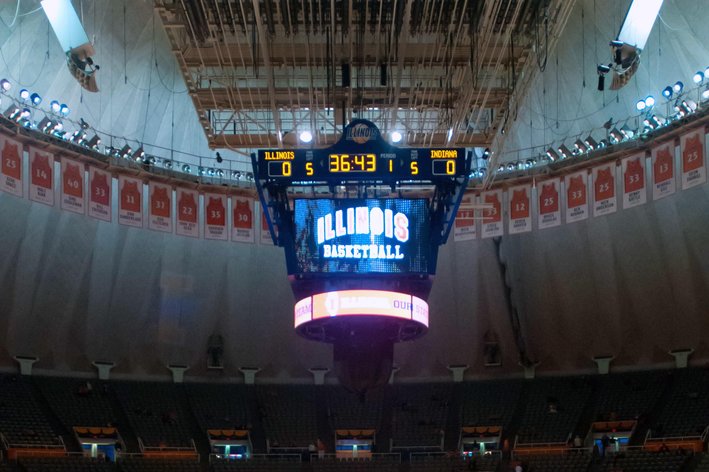 But just because Alexander is getting most of the attention -- and we're just as much to blame for that as anybody -- that doesn't mean he's the only player in the 2014 class John Groce cares about. Hell, Alexander isn't even the only 5-star power forward that Groce is recruiting.

There's also Leron Black out of Memphis, who Groce was checking out on Friday. Black is down to a top six that includes Illinois, Memphis, Tennessee, Baylor, Indiana and Florida. All of which Black says are equal at the moment.

Illinois coach John Groce and his staff have kept close tabs on Black in July. Black says he keeps in regular contact with Groce and has built a good relationship with him.

"They are one of my top schools," Black said about the Illini. "I love the coaches at Illinois. I love the way they treat their players and how Coach Groce develops them. They feel like I could come in and play a lot and fit in their system."

Getting Black on campus in Champaign for a visit will be a big step, and it looks like that could happen in the next two months.

"I will probably visit Illinois in August or September," Black said. "I just want to check out the school and facilities."

At 6'7 and 215 pounds Black doesn't have the same kind of "power" frame that Cliff Alexander does, but he's extremely athletic, is a very good rebounder, has a good motor and plays strong defense. He also has a post game that's probably a bit more developed than Alexander's at the moment, so while he might not provide as many earth-shattering dunks as Alexander does, he still knows how to score around the basket.

In other words, if the Illini do miss out on Alexander, Black might just be a unicorn of a different color.