Alexander visited Illinois in June and talked to Rivals about the visit.

Share All sharing options for: Cliff Alexander Talks About His Illinois Visit

We know that unless something changes, Cliff Alexander will not be making an official visit to Illinois. We also know that this isn't nearly as big a deal as some folks want to make it out to be. The biggest reason for this is because the last visit Alexander took was to Illinois in June, though it was in an unofficial capacity. And the good news is that Cliff enjoyed the visit, as did his mother. 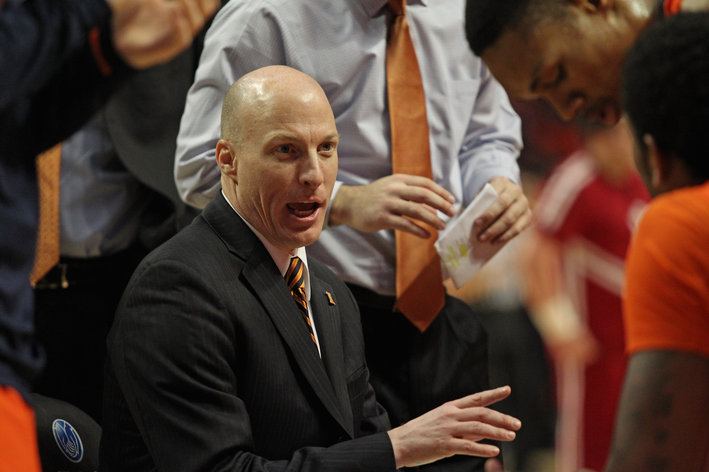 We know this because Cliff talked to Rivals about it.

"The (Illinois visit) was nice," Alexander said. "It was a great experience for me and my family. I showed my mom around the campus and continued to build a relationship with Coach (John) Groce."

Anyone who has been around "Big Cliff" knows that he is a man of few words; he lets his play on the court do the talking. But he did have nice things to say about the Illinois campus and basketball facilities.

"It was amazing," Alexander said. "The dorms are fantastic. The athletic directors are just fantastic. Practice facility...never seen anything like it. It's a great place. I love it."

We love it too.

As for who showed Cliff and his family around campus, aside from the Illini coaching staff, they were joined by Kendrick Nunn and Jaylon Tate, two players Alexander is familiar with from high school. So it's nice to see the new recruits are already putting in work off the court.

As for when we'll all find out whether or not Alexander is coming to Illinois or going somewhere else, we've all still got a bit of a wait on our hands. Alexander also talked to Jeff Borzello of CBSSports.com -- a wonderful place! -- and reiterated the fact he won't be committing anywhere any time soon.

My guess is the earliest we'll get a decision from Alexander will be when the current Illini are beginning their season.