The Block I student section Twitter account tweeted out a photo of an orange helmet with a blue Block I logo.

I know that he Illini football will have a new look in 2014 with their Nike rebranding due, but we're all still wondering if the Illini will be breaking out any new helmets in 2013. There are those white helmets with the blue and orange zig-zag pattern we've seen in the past, and saw again on Monday after Aaron Roberts -- a three-star OL recruit who visited Illinois Monday -- tweeted a photo of himself holding it. 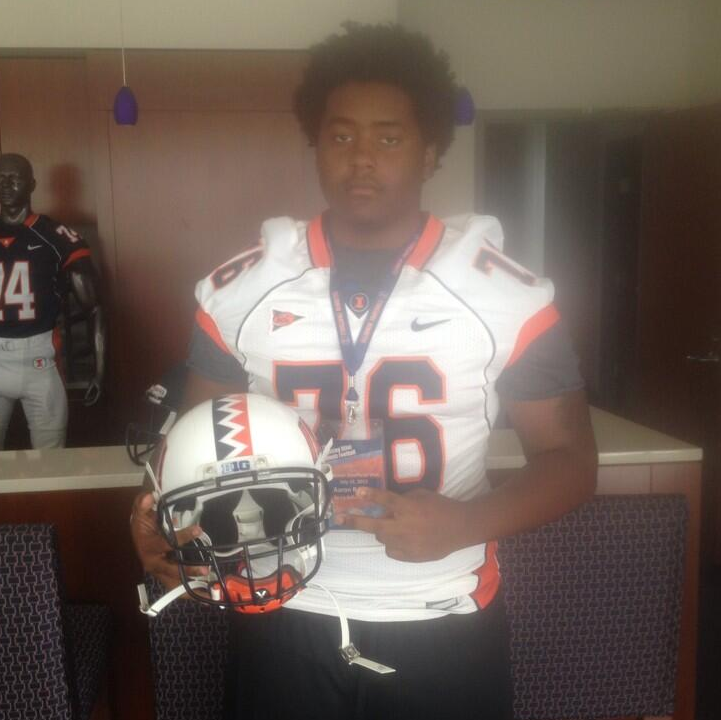 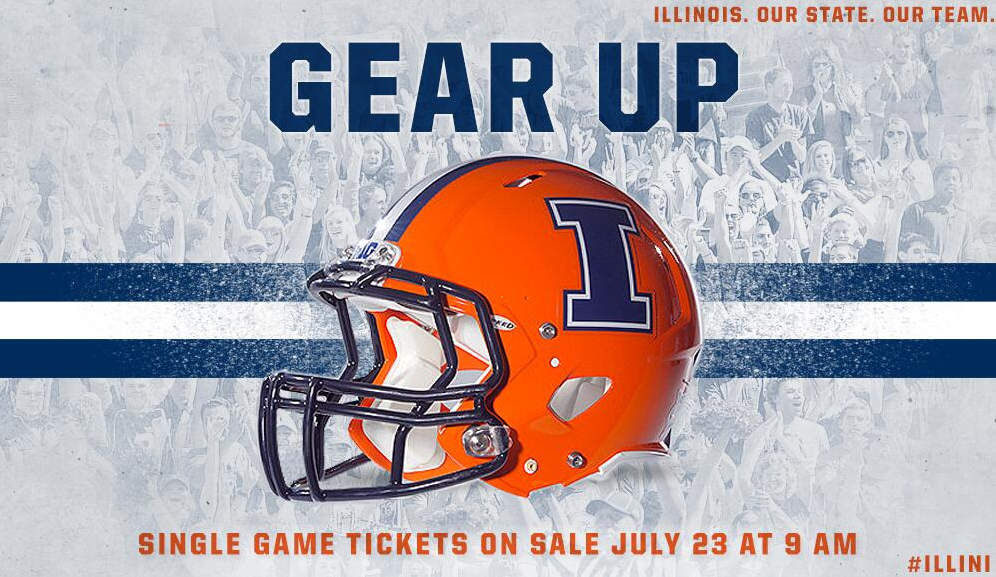 Now, I believe we've seen this helmet before like we've seen the white helmet, but will the Illini actually be wearing either of these in 2013? I honestly have no idea, but as we've discussed around here in recent weeks, we certainly need to do something in the uniform game. It seems incredibly stupid, I know, but these things really do matter to recruits.

NCAA 14 Has High Hopes For The Illini 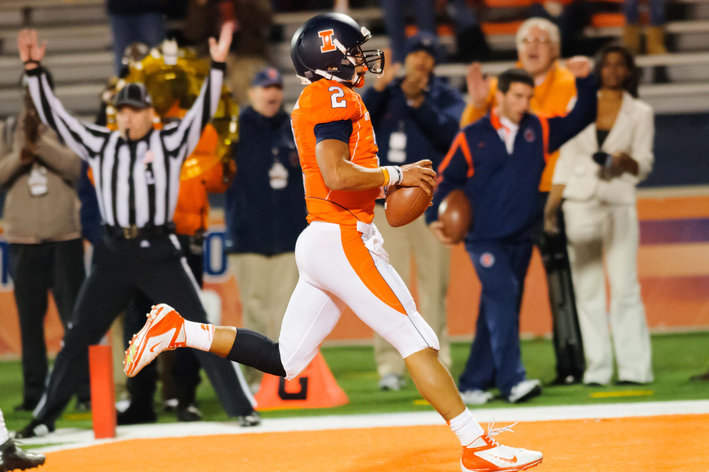 We simulated the entire season on NCAA 14, and get ready to go bowling, folks.

Maybe we'll see both on the field this fall, maybe we'll only see one of them. Personally I prefer the white one just because it's different than anything we've done before.

We have confirmed with the school that the Illini WILL be wearing the orange helmets in 2013, and we even got a couple new photos.

The orange helmets will serve as the team's primary helmet with the blue matte helmet remaining as the secondary. So the Italic Illini is gone apparently. High fives all around. 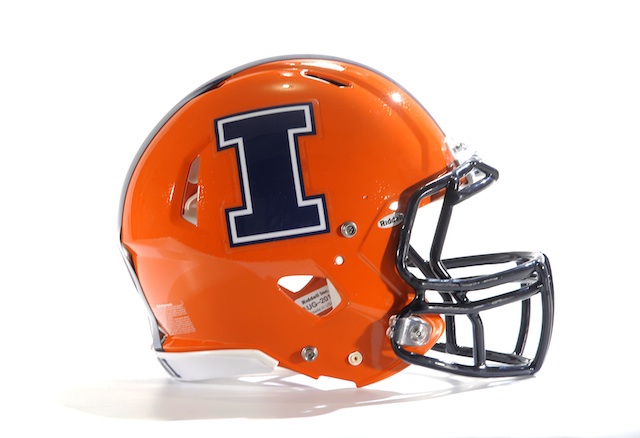 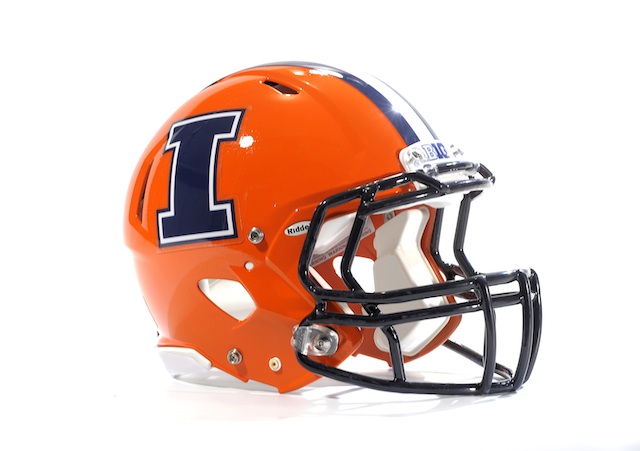