I simulated Illinois' 2013 season on NCAA Football, and let's just say we're in for a surprise.

Share All sharing options for: The Illinois 2013 Season Simulation

I got my copy of NCAA Football 14 in the mail on Tuesday, and as I've been doing for the last couple of years, I simulated the entire season on the game for a post over at Eye On College Football. Well, as part of that simulation I also paid special attention to how the Illini did, and it looks like we're all in for a bit of a surprise.

While the majority of opinions I've heard from others involve the Illini finishing with anywhere between one and four wins, let's just say that NCAA Football is a lot more optimistic about our Illini. Which we've actually already gone over here in recent weeks.

So how did the Illini do? 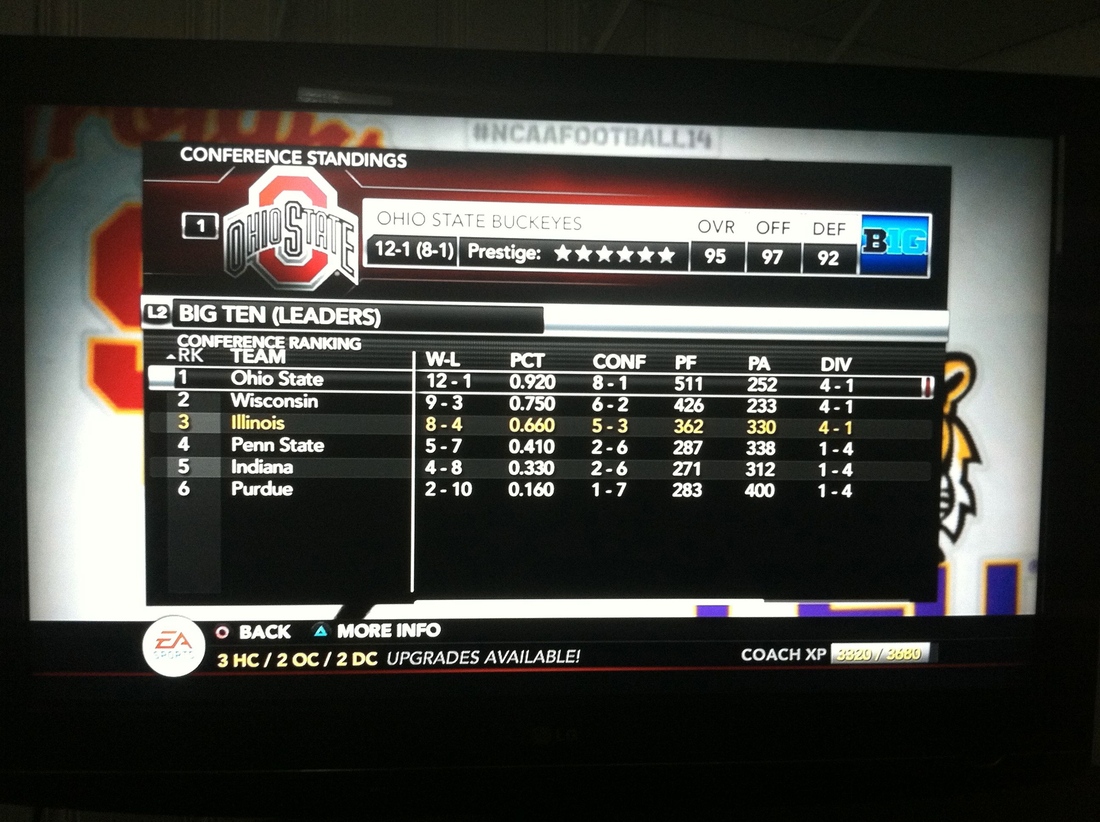 After simulating the entire season the Illini finish the year 8-4. Yes, that's right. That's eight wins and four losses. How did that happen? Well, here you go. 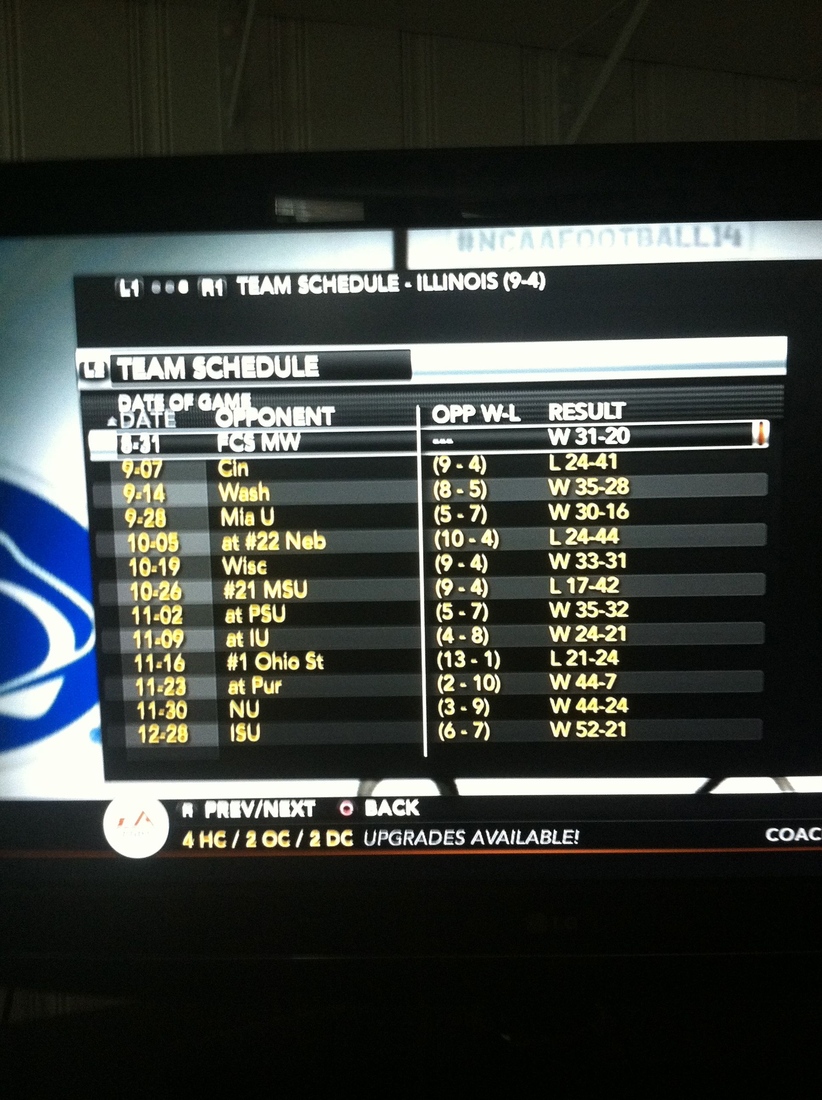 Yes, the Illini will get off to a 3-1 start with the only blemish being against Cincinnati. However, they'll take care of Washington in Chicago. They'll then open the Big Ten season with by getting blown out by Nebraska before upsetting Wisconsin at home the next week.

And it's a dramatic upset as well, as Taylor Zalewski hits a 35-yard field goal with 35 seconds left to win the game.

Then, after a loss to Michigan State the Illini go on the road and take care of Penn State and Indiana in two more close wins. Though neither was as dramatic as the Wisconsin win.

The final loss of the year is a close one against Ohio State, though the Buckeyes had a 24-7 lead going into the fourth quarter and the Illini added on another touchdown in the final minute to make it look a lot closer than it actually was.

The season then ends with three straight wins against Purdue, Northwestern and Iowa State.

Iowa State being our opponent in the Meineke Car Care Bowl. 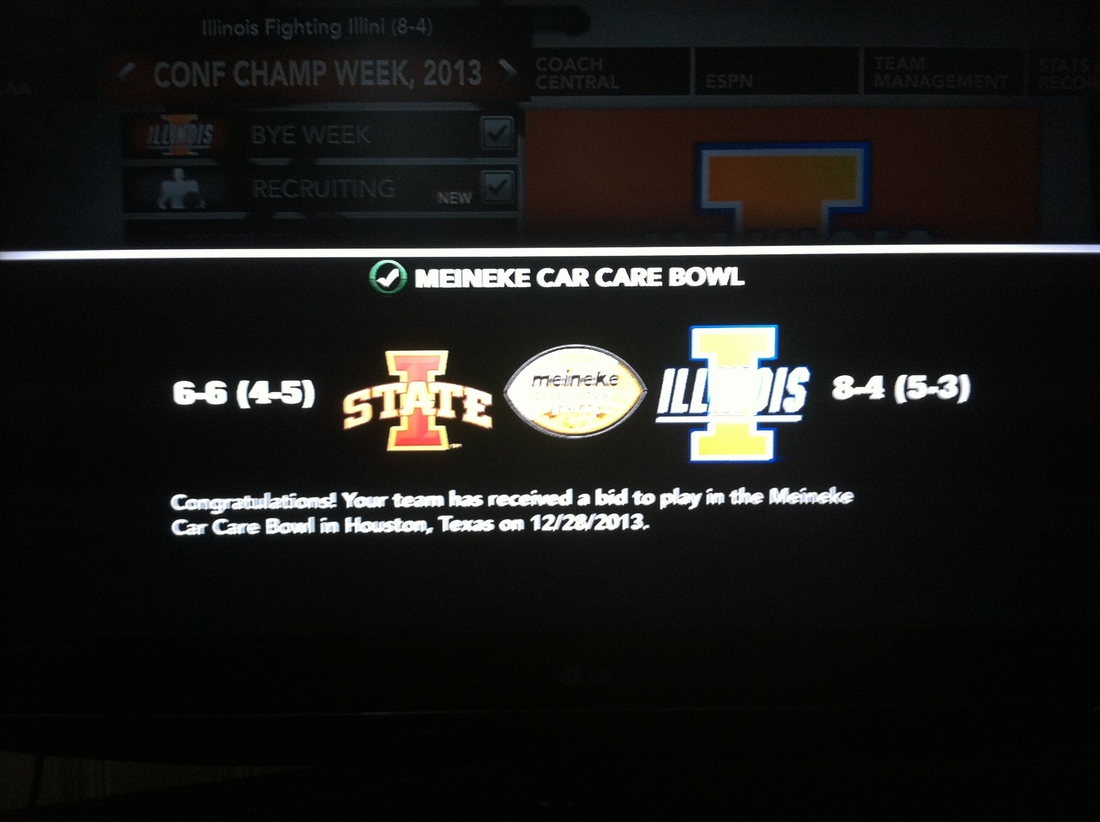 Who's ready for a road trip to Houston this holiday season?

Now, you saw that Illinois beat Northwestern to finish the season, but did you also happen to notice Northwestern's record? No? Well here's a refresher. 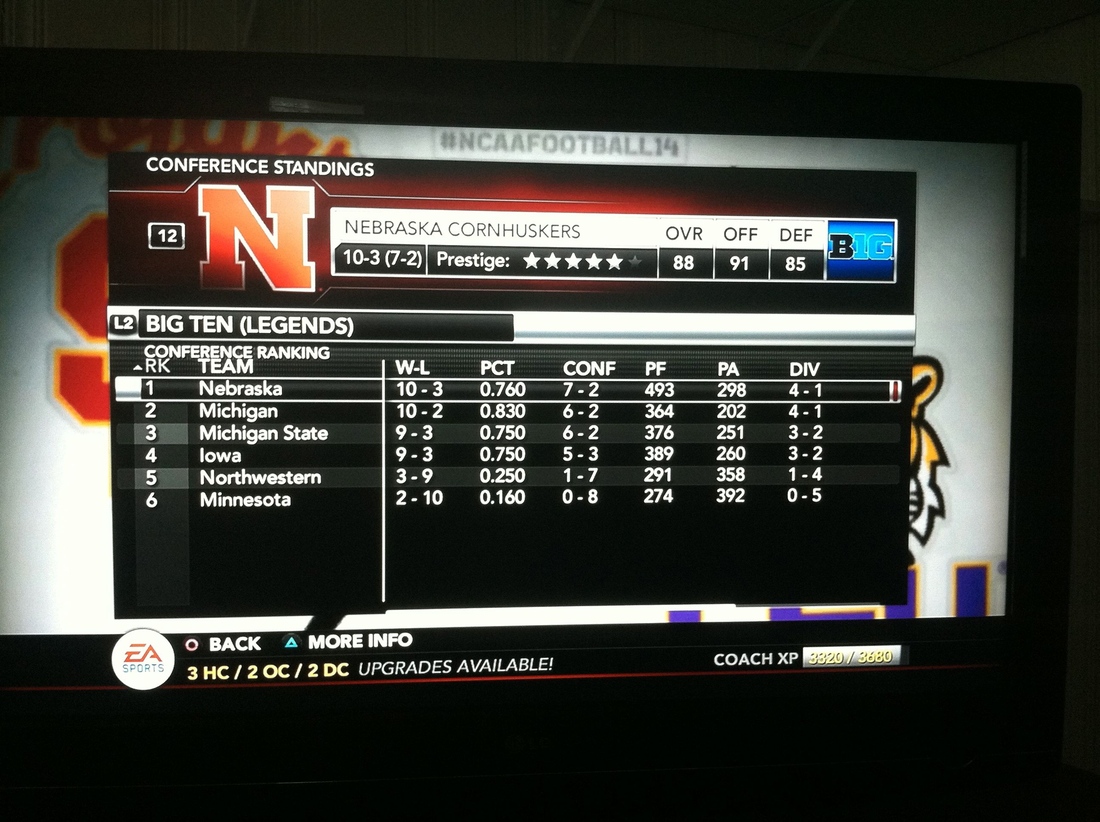 This will not happen, but man it'd be funny if it did.

As for individual performers, Nathan Scheelhaase took a liking to Bill Cubit's offense, as he leaves Champaign after having a career season.

Nate finished the year passing for 3,337 yards, 25 touchdowns and nine interceptions. He also rushed for 693 yards and another nine touchdowns. So when you add it all up that's 4,030 total yards and 34 total touchdowns. A pretty decent campaign if I don't say so myself.

Our leading rusher was Donovonn Young with 711 yards and six touchdowns while Ryan Lankford led the team in receiving with 70 catches for 1,190 yards and nine touchdowns.

On defense Jonathan Brown led the team in tackles with 81, 12 of which were for a loss and he also had 2.5 sacks. The team leader in sacks was actually Tim Kynard who had five. Eaton Spence led the team with six interceptions.

Now, as we all know, if it happens in a video game simulation then it's totally going to happen in real life. So sit back, relax and get ready to enjoy one hell of a football season.