Share All sharing options for: The Champaign Room's First Mailbag

Since it's now June and we've reached the unofficial offseason of college sports, I figure it's time that The Champaign Room finally starts a mailbag. That's right, if you have a question about anything, you can ask The Champaign Room and The Champaign Room will give you an answer. The answer may not necessarily be to the question you asked, but it will be an answer all the same.

There are two ways to ask The Champaign Room your questions. You can tweet them at us on Twitter using the hashtag #AskTCR -- it just makes it easier to keep track -- or you can email them to us at TheChampaignRoom@gmail.com. And if you've got a personal question and you're worried about your privacy, just tell us. Well change your name to Tom Crean when we publish it on the site.

"Is it supposed to burn when I pee?" - Tom Crean, Bloomington, Indiana

See? Nobody will ever know it was you!

Let's get to the questions.

@champaign_room Who makes up the Illinois football and Illinois basketball Mt. Rushmores?

I'm going to go in a little bit of a different direction here than what you likely intended. Instead of going all-time I'm just going to go with the Mt. Rushmore of Illini in my time. Because it only seems fair that I judge players in both sports based on teams that I actually saw.

We'll start with basketball, which is pretty easy for me to be honest. I was eight years old when the Flying Illini went on their run, so I was far more interested in playing with my He-Man and G.I. Joes than watching college basketball. So, for me, I'm going to be pretty 2005-heavy.

There's no way I can leave Deron Williams, Dee Brown or Luther Head off the team. But for the fourth I'll go with Frank Williams. Frank wasn't the talent that Deron Williams was, but he was one of the guys that helped lay the foundation for that 2005 team.

As for football, it's much tougher. However, after putting a good two or three minutes of thought into it, I ended up with these four: Kevin Hardy, Simeon Rice, Kurt Kittner and Rashard Mendenhall.

The Champaign Room debuted on October 22, 2012. The greatest day in the history of your life. As for my favorite Illini experience, there are a two that stick out, and I'm not sure which one I'd say was best, so I'll name both.

Obviously the comeback against Arizona in the NCAA Tournament was an all-time moment, and I don't think I need to go into why. The other one would be Illinois' trip to the Sugar Bowl after the 2001 season. Not because of the game, because it was fucking 34-7 LSU at halftime, but because I was having such a good time -- it was New Orleans and I had turned 21 just a few months prior -- I didn't care. At least, I don't think I cared. Honestly, I don't remember.

It was that great a time.

@champaign_room Where will UIUC be in 25 years compared to the other state schools (namely UIC)?

@champaign_room is it true if you don't use it you lose it?

I don't know, Nick. I've been using it all my life.

Now, don't be sillY. ThEre iS no reason for Jim Delany to listen to your pHonE conversatIonS, Rob. Be Realistic. It's not like he's hatching a plot to hUnt you dowN and kill you sO that he can sell your oRgans to China as a traDe for gettIng thE Big Ten Network on China's basic cable package or anything.

@champaign_room Who is the Northwestern bagman

Because of legal reasons I cannot tell you what I know without proof. However, you can be sure that I know exactly who the Northwestern bagman is. I just can't say his name. To say his name would be slander. So I'm not going to say his name. 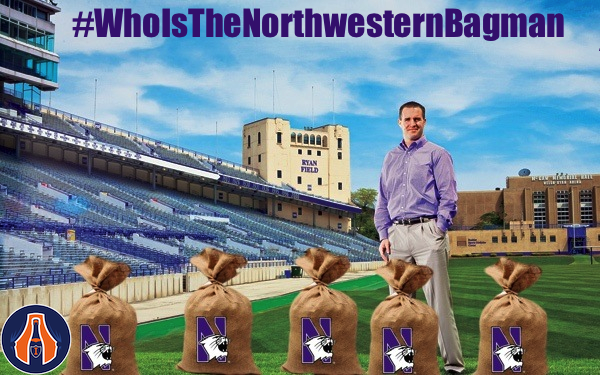