Of course, John Groce being John Groce, he put himself through the training as well.

Like a lot of young boys growing up, I dreamed of being an athlete one day. Not in any particular sport as much as all of them. Well, even now as an adult, I tend to think "what if" every once in a while and imagine how my life would be different if I had become an athlete.

I'd be on the downward slope of my career, and oh holy shit that is so depressing I think I'm going to go eat a carton of ice cream.

But, there are some benefits to the career path I found that involves me writing about sports instead of playing them. And one of those benefits is that I don't have to do shit like what the Illini basketball team had to do today.

John Groce had the team work with SEAL Team Physical Training and oh man the photos, you guys. The photos. 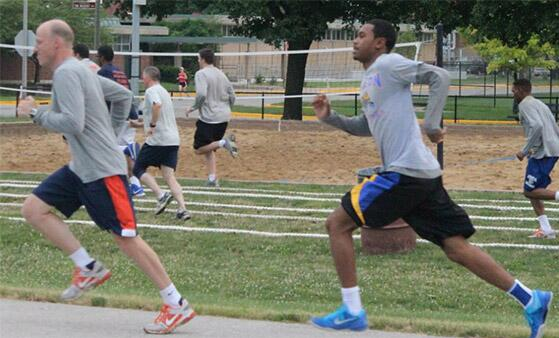 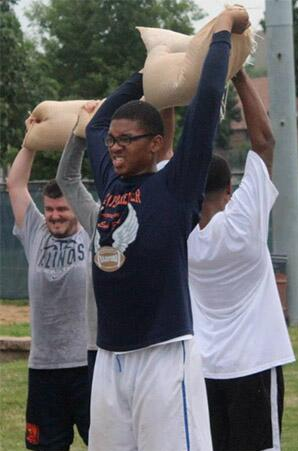 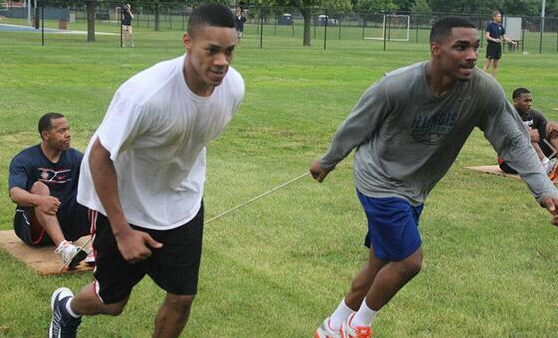 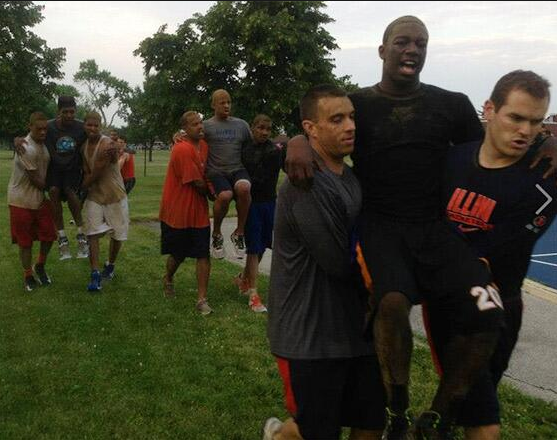 I could have done this if I got carried through it like Kendrick Nunn did here. 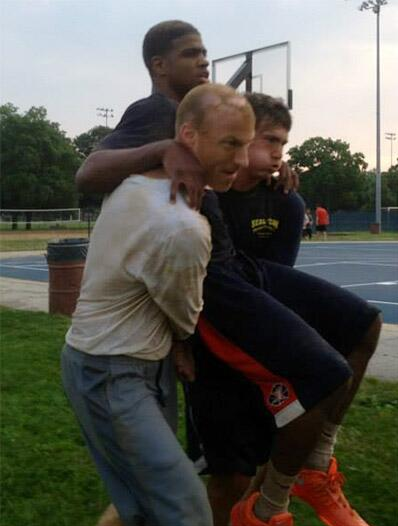 Since Aaron Cosby is ineligible in 2013 NCAA rules require John Groce carries him all around campus. 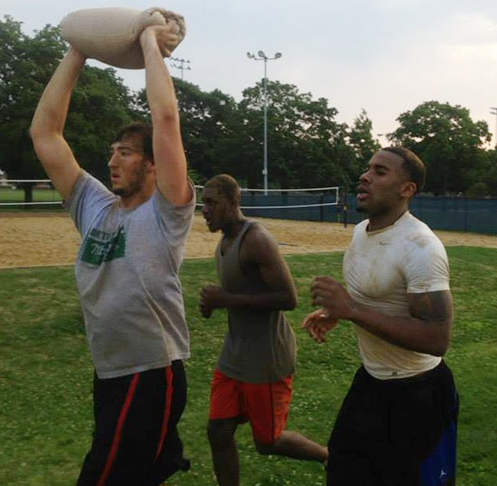 And now, the best photo of them all. 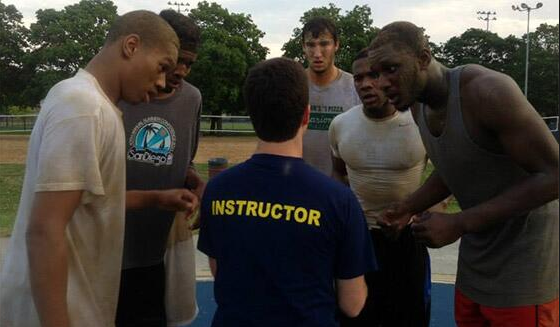 The looks on the faces of Bertrand, Austin Colbert, Maverick Morgan, Rayvonte Rice and Nnanne Egwu as the instructor tells them what they have to do next. Priceless. Absolutely priceless.

Thanks to Illinois Loyalty for all the photos.