It's a rematch except this time the loser goes home.

Well, it's win or go home. If the Illini can beat Georgia Tech for the second time and three days they'll advance to play Vanderbilt tonight in the Regional Final. Of course, if that happens, the Illini would need to beat Vanderbilt twice while the Commies would only have to beat them once.

That's how double-elimination tournaments work, after all.

Anyway, the good news for the game we know we're playing is that Georgia Tech had to use its best starter in Buck Farmer to avoid elimination against ETSU yesterday. So we won't be facing him, and that's good because he really is the only starter on their team worth worrying about.

Of course, it doesn't matter who the opposing pitcher is, if the Illini play like they did last night they aren't beating anybody. 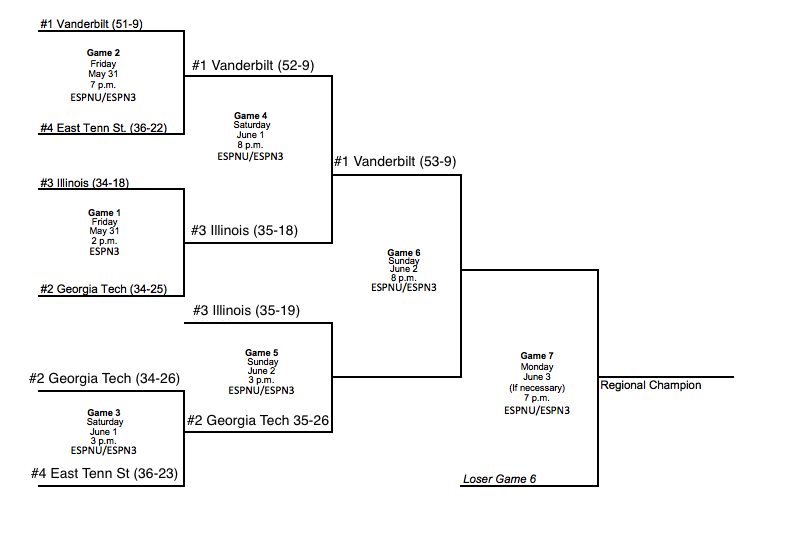