Here's your primer on Vanderbilt, but before you even read that, just know that this is not going to be an easy game for the Illini to win. Vanderbilt's a much better pitching team than Georgia Tech is, and even though the Commodores started Kevin Ziomek on Friday, that just means the Illini get to deal with Tyler Beede tonight.

But it's baseball, and this sport is just strange sometimes.

Also, I know it's weird, but even though the game is being played in Vanderbilt's stadium, the Illini will be the home team tonight. It's because Vandy was the home team in its first game yesterday and the Illini were the road team against Georgia Tech. I think that the higher seed should always be the home team, personally, but whatever. Thems the rules. 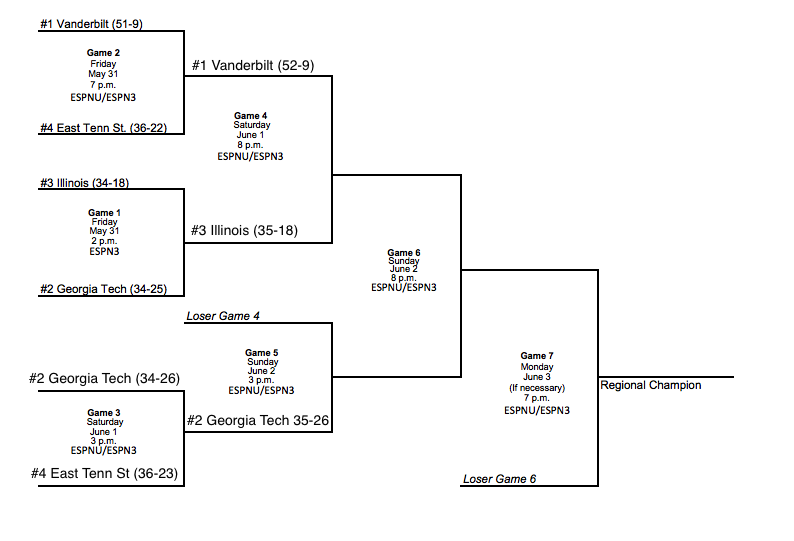