Things are about to get considerably more serious than usual.

So, just a bit of a warning: this will be the most serious thing I've ever written over here.

A couple weeks back now, one of my classmates ran out of our integration lecture to go witness the birth of his first son. We all laughed and cheered. A few days later, he stood up in the front of the class looking very somber.

It turns out that his newborn son was born with an incredibly rare birth defect, drastically stunting the growth and development of his brain. The prognosis is not a favorable one and the doctors have given little Landon pretty slim odds of making it to his first birthday.

Which, to put it incredibly frankly and bluntly, sucks. I can't imagine what they're going through. Vet school is miserable enough without having to go through something like this. So we all began to rally around Trent and offer as much help as we possibly could.

Which leads us to New York Giants tackle Dave Diehl. The incredibly proud Illini alum follows me on Twitter, which I still am amazed by and only half understand. I figured I would ask him if there were any way he could help us out. I didn't have the highest of expectations, simply because I have never met or interacted with the man and am just a stranger asking for some help.

A day after sending him a direct message, he responded. He told me it would be his pleasure to help and asked for an address to send his donation. I sat there in the lab, mouth agape. I quickly sent him my address and told the classmate in charge of fundraising.

About an hour ago there was a knock on my apartment door. But there was no one there. Instead, there was simply this. 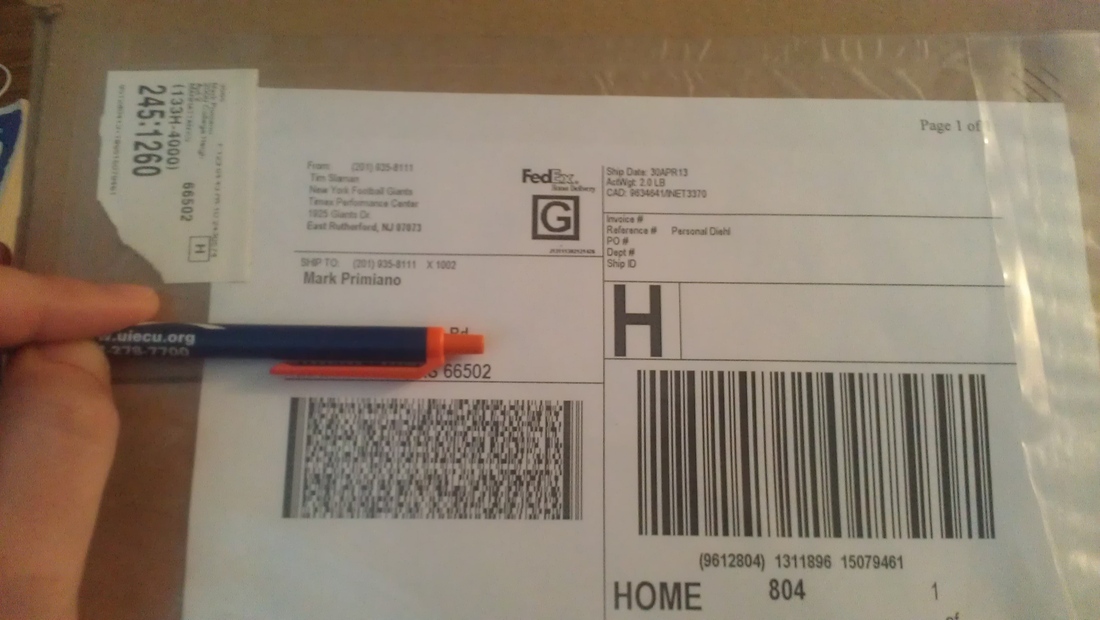 But as Brad Pitt once asked "What's in the box?". Allow me to be your Kevin Spacey and inform you. 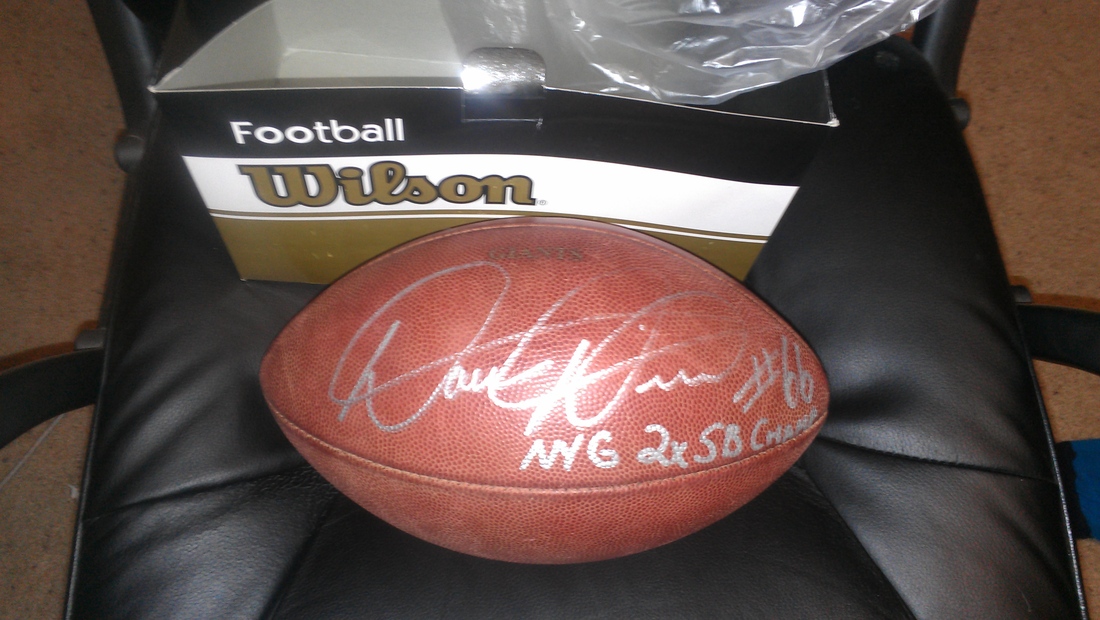 Yeah, that is a game used football happily autographed by a two-time Super Bowl champion. That I can now figure out how to sell/auction off in whatever way raises the most money.

For this reason, Dave Diehl is now and will likely always be my favorite Illini (your move previous title holder Arrelious Benn).

Thank you all for listening/reading. If you'd like to help, here's a place we've put together. You're all the best.