Illini Baseball Gets An At-Large Berth For NCAA Tournament

The Illini will play in Nashville and open against Georgia Tech.

Share All sharing options for: Illini Baseball Gets An At-Large Berth For NCAA Tournament

Okay, so I know that in our Memorial Day post I said that The Champaign Room would be taking the day off, but that was because I forgot the NCAA baseball tournament field was going to be announced on Monday morning. So here I am to write this post and then I'm going to take the rest of the day off, got it?

And speaking of the NCAA field being announced, guess which school in Champaign received an at-large berth? Go on, guess.

That's right, the Illini qualified for the tournament and will be playing in the Nashville Regional. The Illini are in the same regional as #2 overall seed Vanderbilt, East Tennessee State and Georgia Tech. The Illini's opening game will be against the Yellow Jackets.

The Illini will play Georgia Tech on Friday May 31 at 1pm Central. The game will be shown on ESPN3. You can see the full schedule here.

Should the Illini advance out of the Nashville Regional -- which won't be easy with Vanderbilt -- they'll move on to play the winner of the Louisville Regional, which includes Louisville, Bowling Green, Oklahoma State and Miami. 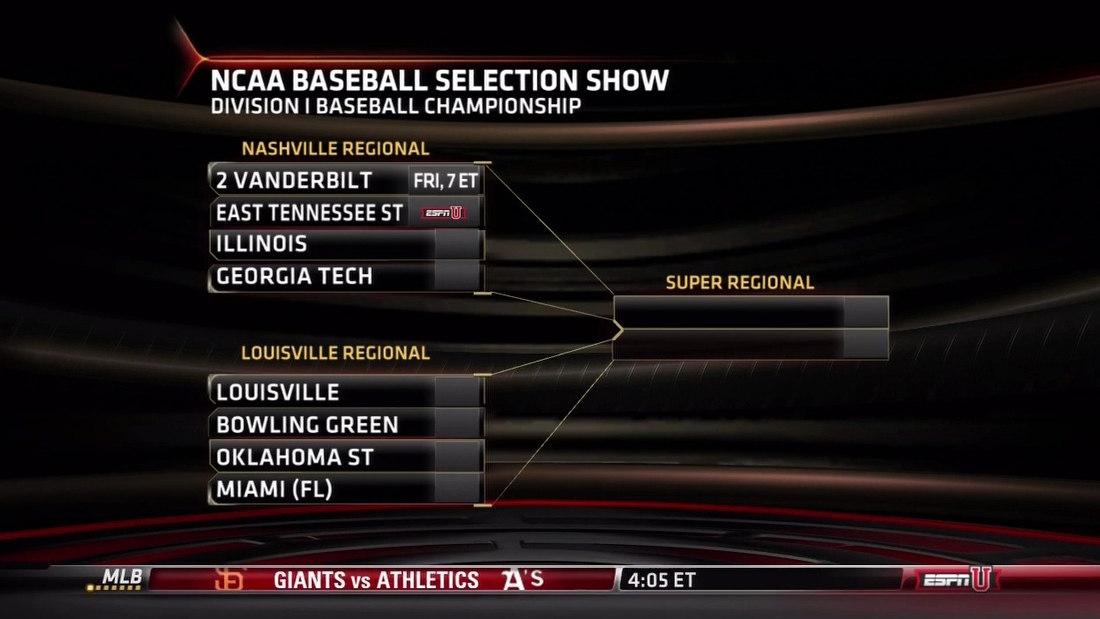