The Illini qualified for this year's Big Ten Tournament.

The Illini have qualified for this year's Big Ten Baseball Tournament and will play in the first game of the tournament on Wednesday at 12:05pm. They'll face Minnesota, whom the Illini just took two of three from in a series over the weekend. Of course, the entire tournament will be played at Target Field in Minneapolis, which means Minnesota won't have far to travel.

All games will be televised on BTN. Here's the entire bracket. 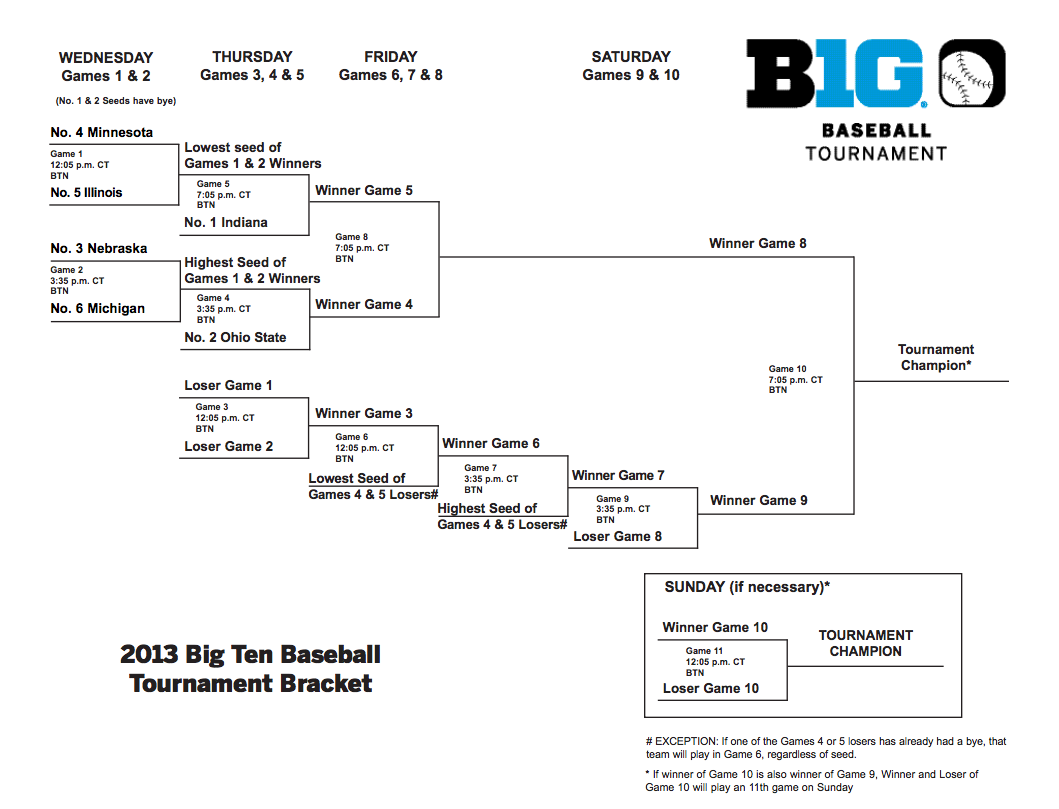