Brandon Paul Is A Baby Penguin

He tweeted it, I did it.

Share All sharing options for: Brandon Paul Is A Baby Penguin

Burke was called for a foul because all referees are terrible and should be fired into the sun. It wasn't a foul, it was a clean block. Everybody knew this. Even our old friend Brandon Paul, who tweeted the following.

Now, it wasn't a foul, so obviously Brandon Paul is not a baby penguin. A baby penguin could not average 16.6 points per game playing in the Big Ten. Maybe the SEC, but not the Big Ten. 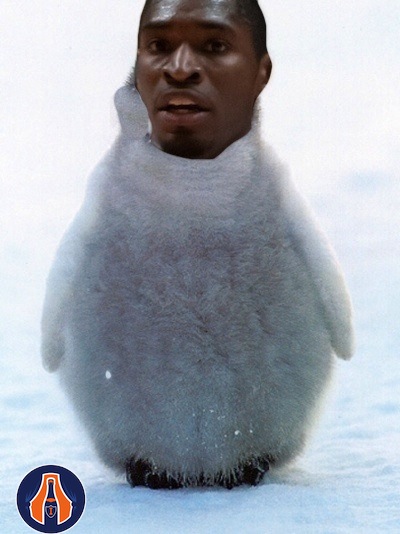