The Illini will wear the special jerseys on April 28 against Northwestern and then auction them off with all the proceeds going to charity.

The Illinois baseball team -- which is currently 19-9 and just ended Indiana's winning streak on Sunday, and it's always fun to beat Indiana -- will wear special Stars and Stripes jerseys during its game against Northwestern on April 28. The jerseys will then be auctioned off with all the proceeds going to the Roundhouse charity.

Here's the official release from the school:

CHAMPAIGN, Ill. - The University of Illinois baseball team will wear special stars and stripes jerseys for the series finale against Northwestern on April 28 at 1:05 p.m., as part of the second annual "Honor and Serve Day" at Illinois Field. The event is designed to honor University of Illinois student veterans and all of America's heroes, and to serve the Champaign-Urbana community. The Fighting Illini Dugout Club donated the jerseys and will auction them off after the game, with all proceeds from the auction going to Roundhouse.

"The Honor and Serve Day is not only an important event for our players, but also our fans and the community," head coach Dan Hartleb said. "We started it to honor different groups from our military and to serve a non-profit group within our own community. I am very pleased we will be able to make a donation from the Fighting Illini Dugout Club to Roundhouse, which is an organization that falls under the Community Elements program in Champaign-Urbana."

Roundhouse is a temporary homeless shelter serving community referred female youth who are runaway, homeless, or at-risk for runaway or homelessness. It provides counseling and supportive services in a community integrated home type setting.

As part of the day's promotions, fans can purchase special T-shirts featuring the same stars and stripes pattern as the team's jerseys. The shirts will be available at Gameday Spirit in Champaign and at all seven Illinois home games from April 9-28. A portion of the proceeds from sales of the shirts also will be donated by Gameday Spirit to Roundhouse.

Special promotional assistance for the event is being provided by the Google Marketing Online Challenge team of Jessica Gardeck, Lizzy Engle, Brandon Bencko, Dave Lorenc, Zach Taylor and Srini Sukumar. The online challenge team is composed of University of Illinois College of Business freshmen with the chief objective of helping a local organization through increased traffic on their website and social media sites.

This is what the jersey will look like, along with a t-shirt you can buy as well. 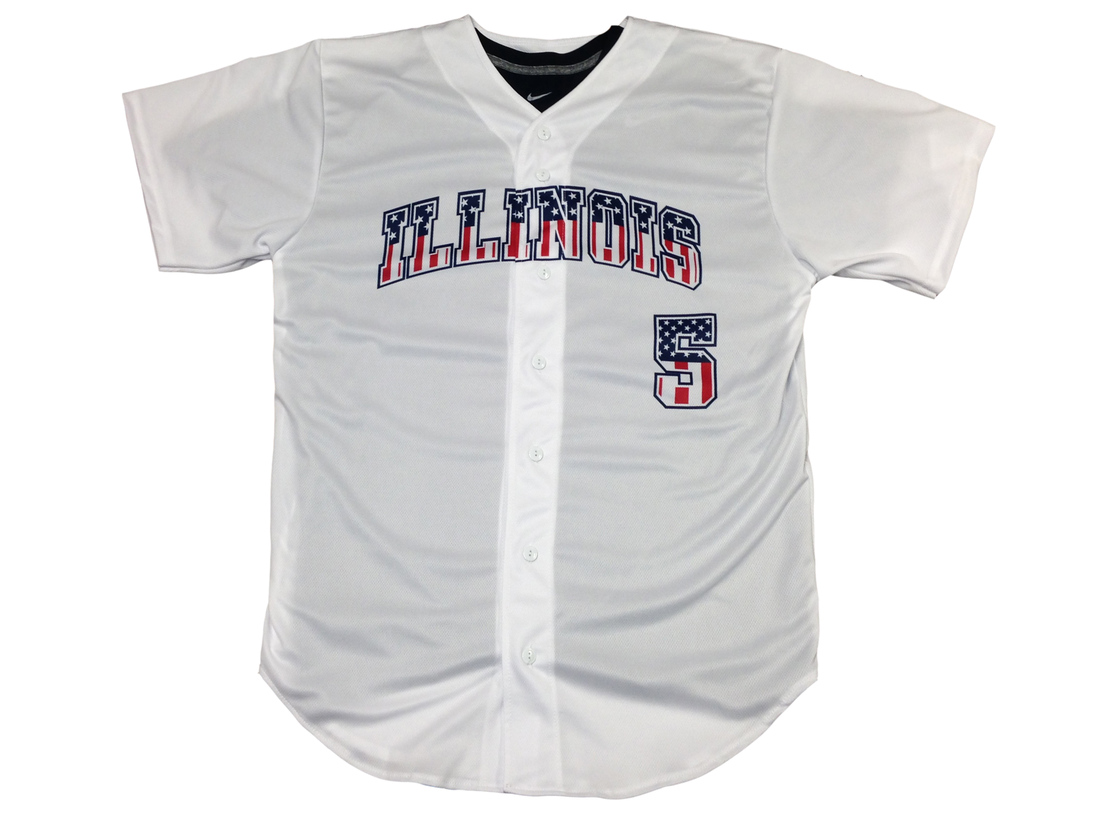 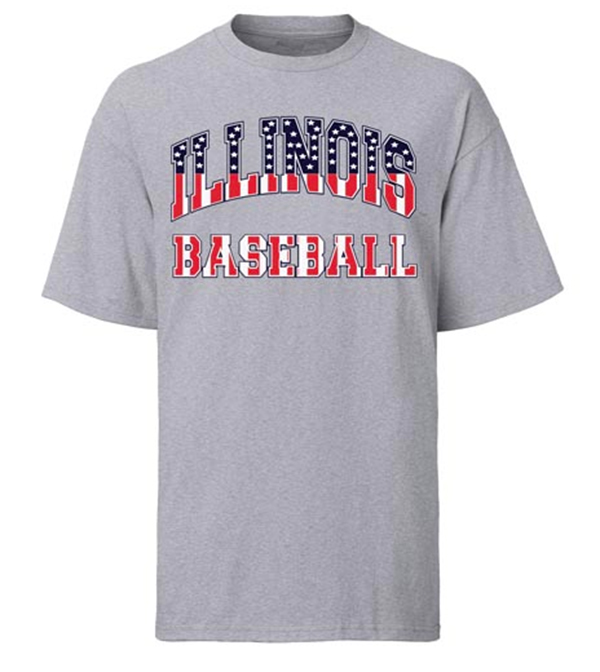