A Look At The New State Farm Center

I called it Assembly Hall the first time I wrote the headline. It's going to take a while to remember not to do that.

Share All sharing options for: A Look At The New State Farm Center

The school announced on Monday that the building we've always known as Assembly Hall is now State Farm Center. It's strange and it doesn't feel quite right, but I think it's only a matter of time before everybody realizes that the name of the building doesn't matter nearly as much as what takes place inside it.

State Farm or Assembly Hall, the Illini will still play basketball in the building and the Orange Krush will continue to be one of the best student sections in the country. The only real difference is that the Orange Krush will be closer to the court and right behind the opponent's bench in the future.

Oh, and there' will be some ribbon boards, luxury boxes, air conditioning and better lighting. Here's an illustration of the improvements that will be made inside Assembly Ha...the State Farm Center. 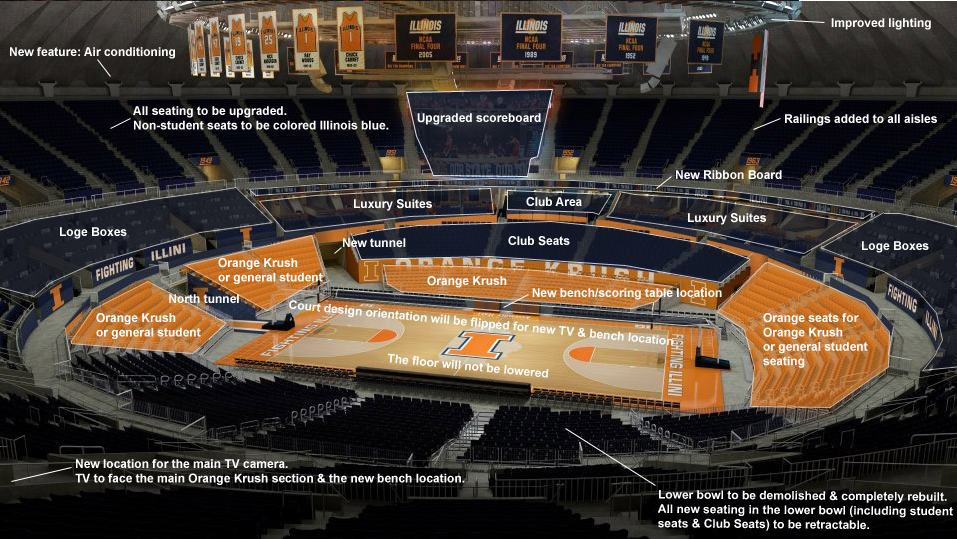 And here's the renovation video.