Joe Lunardi Already Has A Bracket Projection For Next Season

Because when your job title is "bracketologist" exactly what else are you going to do?

Share All sharing options for: Joe Lunardi Already Has A Bracket Projection For Next Season

So of course ESPN's Joe Lunardi already has a bracket projection for next season, because he's a bracketologist and has absolutely nothing better to do.

Of course, you don't care how much time Joe Lunardi has on his hands, nor do you care what he does with that time. All you want to know is if Lunardi has a bracket projection for next season, are the Illini included in it. 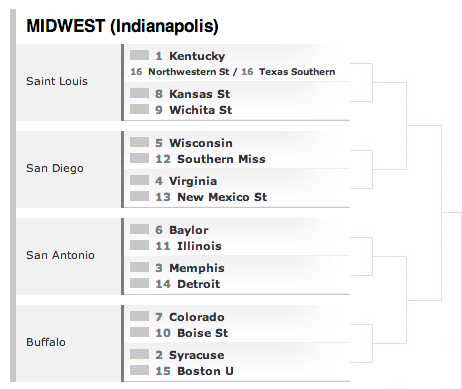 As for my thoughts, I don't know, what the hell do you want me to say? Considering I expect the team to take a step back next season, I'm pleased that Lunardi believes we'll be good enough to make it again.

But while that's nice, all this does is actually make me angry because it's a reminder of how far away basketball season is.