The spring game is only two days away.

College basketball season is officially over now and football season doesn't begin for real until the end of August, but that doesn't mean there isn't any football in our immediate future. On Friday night the Orange and Blue Spring Game will be played at Memorial Stadium, and if you can't make it to Champaign for the game, it's also going to be televised live on the Big Ten Network.

I know I'll be watching because what else does a cool guy like myself have to do on a Friday night other than stay home and watch a college football scrimmage on television? Nothing, that's what.

And you can't watch a game without a program!

So, thankfully the school announced the rosters for this Friday night's game. Here they are (click on photos for full size). 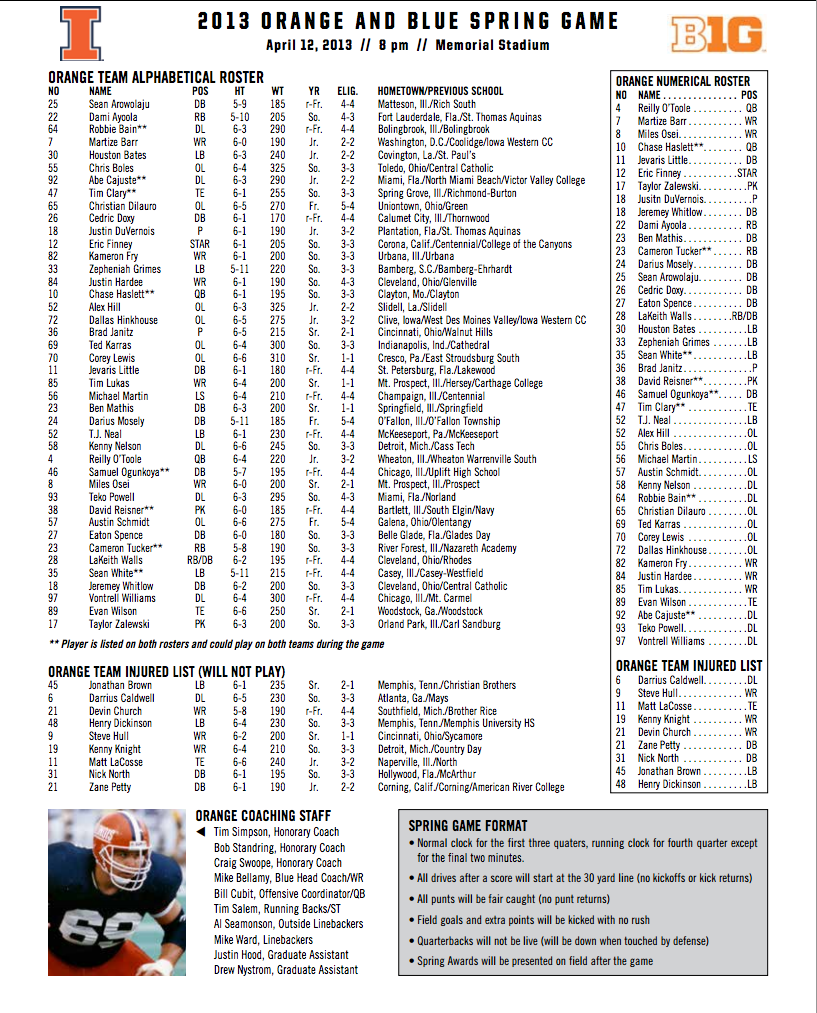 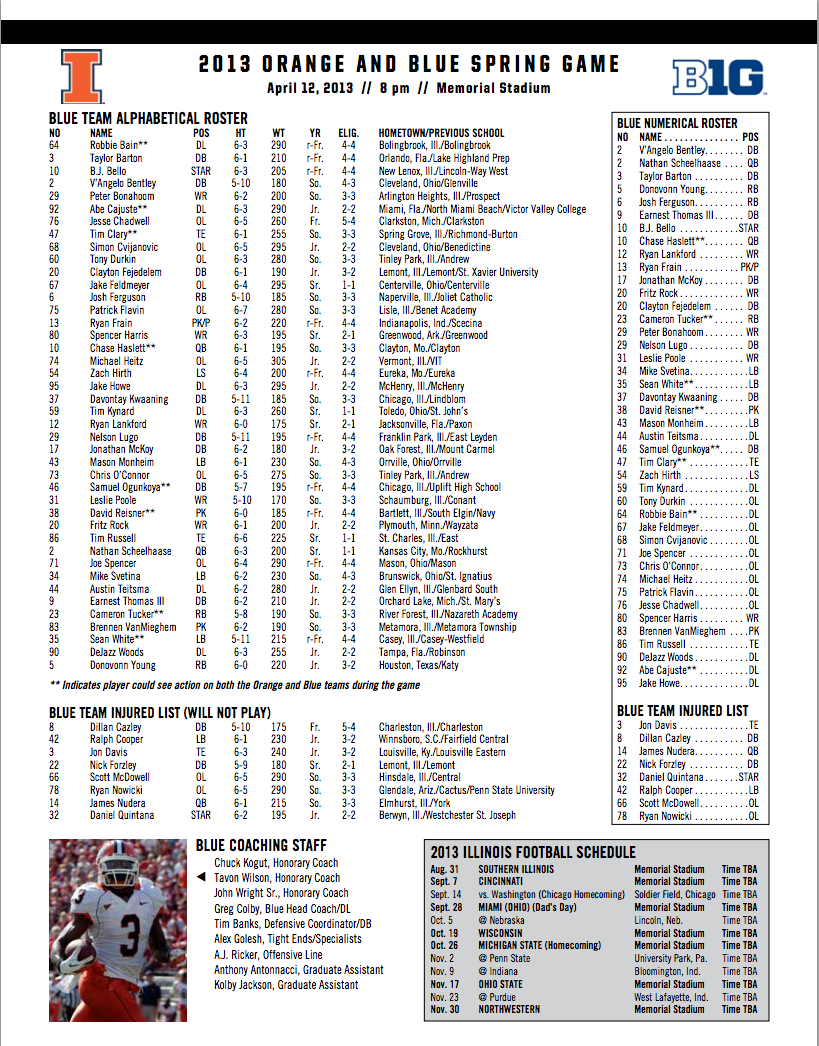