After beating Nebraska over the weekend the general consensus has been that the Illini are safe. Even if we lose our final two games against Iowa tonight and Ohio State on Sunday, we're going to the tournament.

Which is a fun sentence to type, so if you don't mind, I'm going to type it again.

We are going to the tournament.

Anybody else sexually aroused? No? Just me? All right, well, back to the matter at hand rather than in hand....

The only question is where the Illini will find themselves within the bracket. I don't think losses against Iowa and Ohio State would severely damage our seeding, but wins would boost our stock quite a bit. At the moment it looks like we're in the eight or nine range if you ask Joe Lunardi and Jerry Palm.

Last week at this time Lunardi had the Illini as a #9 seed playing North Carolina in the first round. Well, Joe respected that Nebraska win enough to not knock us down further. We are still a #9 seed in his mind but now he has us playing Memphis in the first round in Kansas City. 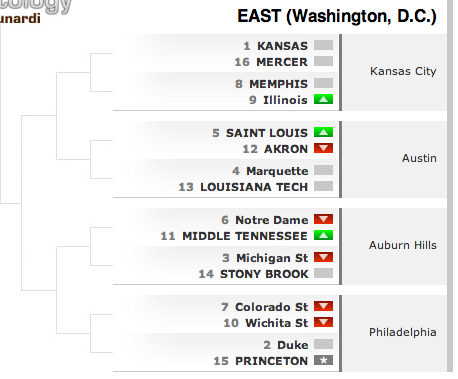 And of course there's a looming date with Kansas should we get past Memphis. Either way, I know Primiano is excited about the prospect of Illinois in Kansas City.

As for Palm, he was not so impressed by the Nebraska win, as he's knocked us down from a #7 seed to a #8 seed. However, while Lunardi abandoned the North Carolina Revenge Fantasy, Palm is now a fan of the idea. 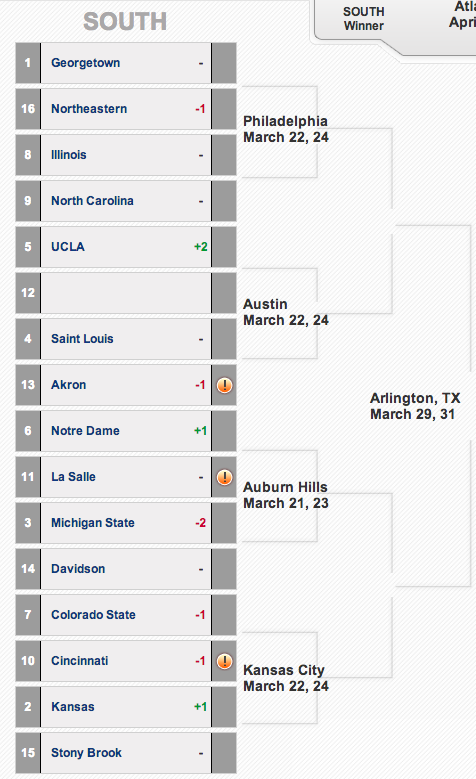 All I know is that I'd like another win or two this week so we can escape the part of the bracket that would see us playing a #1 seed in the second round.