John Groce Has A Secret Weapon To Recruit Jahlil Okafor

And he's using it frequently.

Share All sharing options for: John Groce Has A Secret Weapon To Recruit Jahlil Okafor

When it comes to John Groce's 2014 recruiting class I don't have much hope that the Illini will be able to land Jahlil Okafor's services. It's not that I don't think John Groce isn't an outstanding recruiter as much as it's just the fact that guys like Okafor don't have a history of staying home to attend Illinois.

It's a history I want to see change, but until it does I'm not going to be sitting here holding my breath.

However, while we may not be the favorite to land Okafor, it turns out that John Groce has a secret weapon he breaks out in his recruitment of Okafor. A weapon that, when used, could be devastating.

Unlike a lot of people, John Groce actually knows how to say Okafor's name.

"It's just funny at this point," Okafor said with a laugh. "I mean, most people pronounce my name wrong in general, but it's even funnier when a coach that wants me to come to play for him in college says it wrong."

"And it's even spelled with an ‘A,'" said Okafor, a center at Whitney Young (Chicago). "But people see that ‘A' and pronounce it with a ‘U' I guess. It's been happening since I've been going to school. It's funny to me."

"Everyone," Okafor said with a laugh. "It's funny because I'll be talking to a legend like Coach (Tom) Izzo or somebody and they might say it wrong and, I mean, what am I gonna say? They're legends. It doesn't bother me at all. I'm used to it. I've got family who says it wrong. I will say that I do notice when coaches get it right. Which almost never happens."

The lone school to nail the pronunciation?

"Coach (John) Groce from Illinois says it right," Okafor said. "I don't think anyone else does. Not 100 percent sure. But hey, it's cool. It's not like I look at them different or I'm gonna cut them off my list for it. I just like when people say it right."

If that's not enough reason to come to Illinois over Jahlil's other options, I don't know what is. I mean, if having your name pronounced incorrectly is annoying enough, but it's even worse in Okafor's case.

You know what people think of when they hear his name mispronounced? 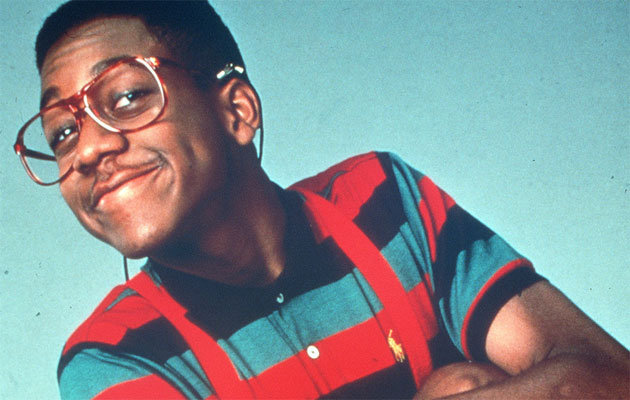 You can go to Illinois and be known as Jahlil Okafor, or you can go somewhere else and be Urkel. It's your choice, man.