Bracketology: One Last Look In The Crystal Ball

Because what else are you doing?

Share All sharing options for: Bracketology: One Last Look In The Crystal Ball

We're only a few hours away from the real bracket coming out, but that shouldn't stop us from taking a look at what the experts seem to think is going to happen. And changes have been made since we last looked in yesterday.

For instance, Joe Lunardi has knocked the Illini down to a nine seed. 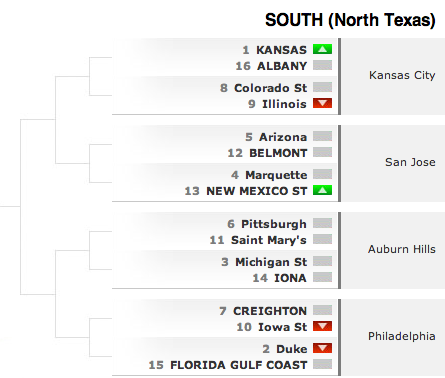 Though, to be honest, I'd prefer to be a nine seed playing Colorado State than an eight playing North Carolina or somebody similar. I don't mean that as a knock on Colorado State, because the Rams are a good team in a very tough conference, but I just feel "safer" with them. I don't feel good about Kansas in the second round, though, because I feel like the Jayhawks would be a matchup nightmare for the Illini.

As for Jerry Palm, he's kept us as an eight, but he's swapped out North Carolina for UCLA. 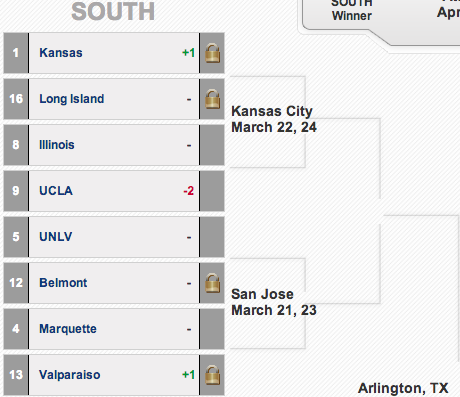 I am very happy with this possibility. UCLA is a good team, but it just lost Jordan Adams for the rest of the season. Losing your second-leading scorer in March seldom works out well, and judging by the way Shabazz Muhammad was talking after the loss to Oregon last night, I feel like he's ready to just move on to the NBA.

Oh, and Ben Howland is pretty much on the chopping block. So UCLA is kind of like a dead team dribbling.

Of course, the only thing Primiano has noticed is that both Lunardi and Palm have the Illini in Kansas City.

As for other places, Yahoo still has the Illini as a seven while USA Today has us as an eight playing Oklahoma.

Of course Palm updates his bracket again after I publish this post. We're no longer in KC but in Lexington against North Carolina State with Louisville awaiting. I do not like this scenario. 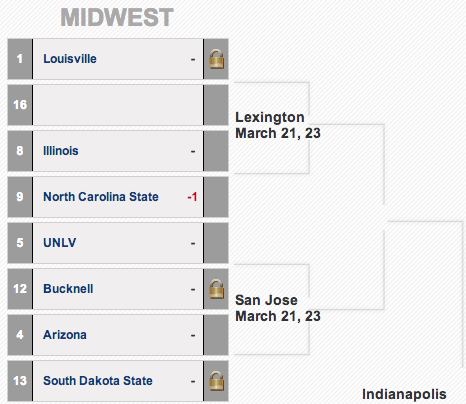