If you thought that beating Minnesota would be enough to bump the Illini up to a 7-seed, Joe Lunardi and Jerry Palm don't agree with you.

Share All sharing options for: Bracketology: The Win Over Minnesota Wasn't Enough

With yesterday's loss to Indiana the Illini assured themselves of at least six days off before having to play again. Unfortunately they also cost themselves a chance of moving up in the world of seeds when the NCAA Tournament brackets come out Sunday.

Another win over Indiana probably gets the Illini at least a seven seed, but according to both Joe Lunardi and Jerry Palm, the win over Minnesota alone wasn't enough. The Illini are still an eight in both of their latest brackets. 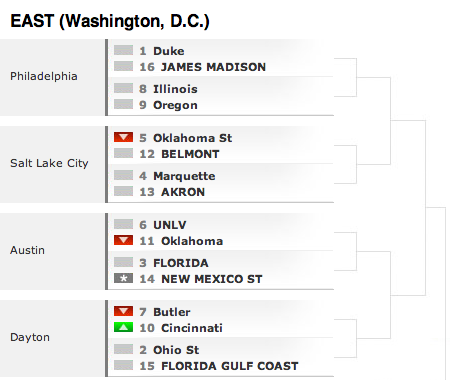 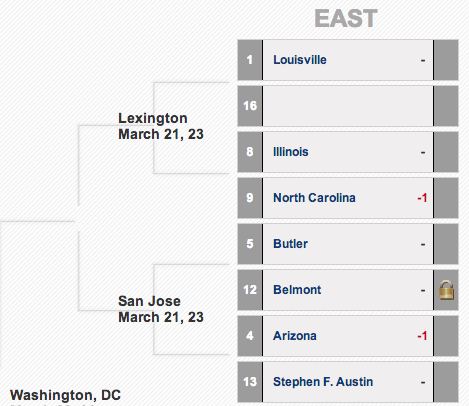 Neither Oregon or North Carolina would be an easy matchup in the first round, nor would Duke in Philly or Louisville in Lexington should the Illini advance.

The good news is that Lunardi and Palm don't have the final say here. If you go over to Yahoo you'll find that Brad Evans has the Illini as a seven.

What's important to remember here, though, is that in February everybody was projecting the Illini somewhere from an eight to a ten seed, yet when the mock selection committee filled out its bracket the Illini came out as a five seed. It's important to remember that when looking through so many similar teams the selection committee looks at a resume along with the RPI and strength of schedule and all that shit.

And all of those are areas in which the Illini more than hold their own.

So we could be pleasantly surprised on Sunday.

Lunardi has updated his bracket, and while Illinois is still playing Oregon, it's now doing so out west in Salt Lake City and would get Gonzaga in the second round. 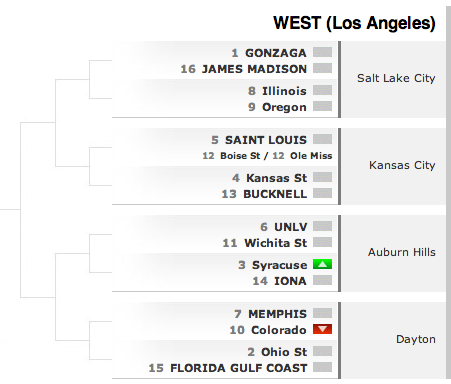