Less than a week from now there is going to be a bracket and it won't be the educated guesses of guys like Joe Lunardi and Jerry Palm. It will be the real bracket. It will decide the fate of the Illini.

The last we checked in with Mr. Lunardi he had the Illini as a nine seed playing Memphis in Kansas City. This was exciting news for Primiano as he has dreams of watching his Illini in person once again this season. Well, it's Italian on Italian crime as Lunardi has tried to crush Mark's dreams.

While Lunardi has bumped the Illini up from nine to eight, he's also moved them east to Philadelphia where they'll be playing San Diego State in the first round. 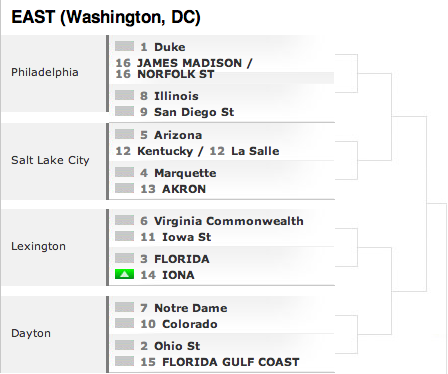 And then there's Duke looming in the second round.

So then Primiano turns his head to Jerry Palm, hoping beyond hope that Palm has the Illini going to Kansas City this week. 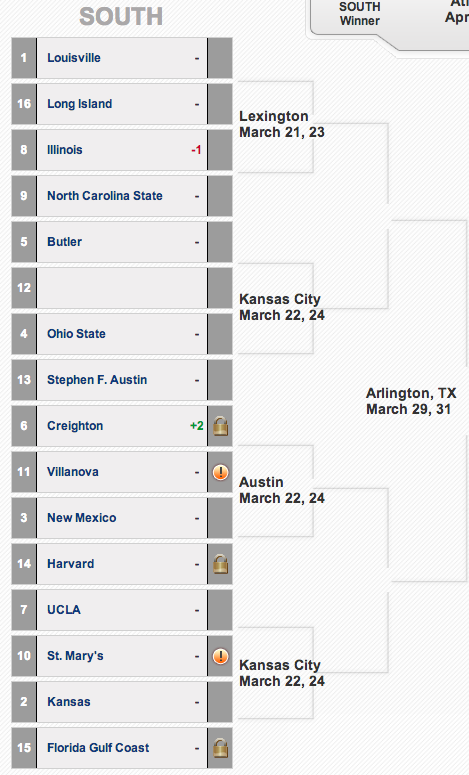 Instead the Illini are in Lexington where they get North Carolina State in the first round and would likely have to play Louisville in Lexington, Kentucky in the second round.

So Duke in Philadelphia or Louisville in Lexington -- assuming the Illini get past the first round, which is a major assumption considering that San Diego State and North Carolina State are both tough matchups -- and that's why you don't want to be an eight or a nine seed.

Come on, Illini. Beat Minnesota on Thursday and shock Indiana again on Friday. It's the only way you're getting out of that eight/nine spot now.