Joe Lunardi has the Illini facing North Carolina in the first round right now.

Share All sharing options for: Bracketology: Revenge Against North Carolina

It's Tuesday which means it is time for our latest look at where the pundits have the Illini in the NCAA tournament, and even though the Illini went 1-1 last week with a loss to Michigan, they did not suffer all that much. In fact, Joe Lunardi actually moved the Illini up this week. 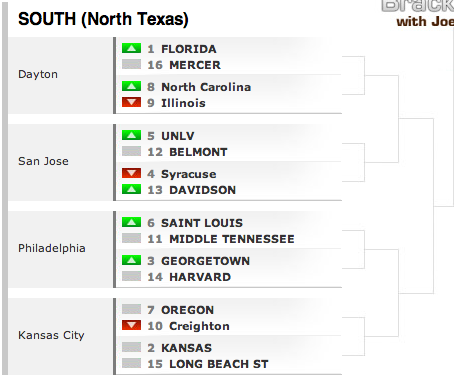 Now, while I enjoy the idea of playing North Carolina in the first round, there are a couple other aspects of Lunardi's projection that I'm not fond of. First of all, I'd prefer a "lesser" opponent in the first round than North Carolina, but that's what happens when you find yourself in the 8- or 9-seed. You're playing a tough team.

You also find yourself playing a tougher team in the second round should you move on, and that's certainly the case with Florida looming. Safe to say that if this is how things end up the Illini won't be getting to the Sweet 16.

And while Jerry Palm's projections aren't as intriguing as Lunardi's, I do prefer them. 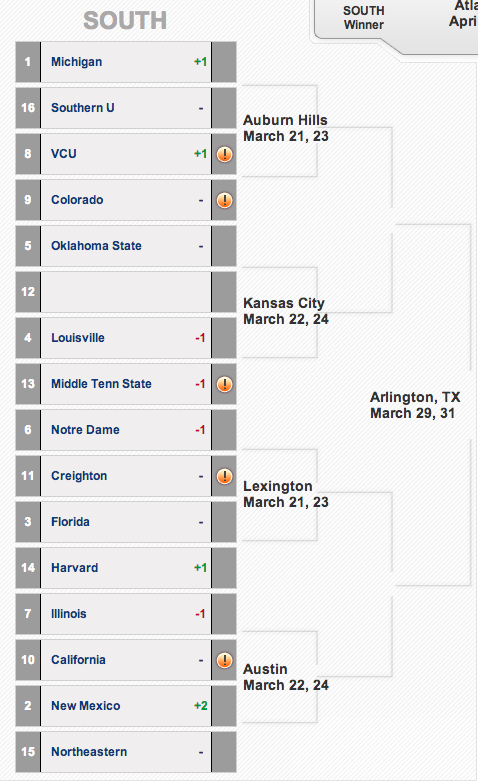 Palm has the Illini dropping from a 6-seed last week to a 7-seed this week playing California in Austin, Texas. Now, I like this matchup because there really isn't any team in the Pac-12 that scares me and I'd consider the Illini the favorite here. I also like that we'd probably be playing New Mexico in the second round.

Not an easy matchup at all, but a much more preferable fate than having to play a top seed like Florida.