While neither Jerry Palm or Joe Lunardi have the Illini as high as a 5-seed, they do keep moving up in both bracket projections.

Share All sharing options for: Bracketology: The Climb Continues

When the mock selection committee put the Illini as a 5-seed last week I was surprised. I had known that the recent wins were strong enough to ensure that the Illini would be able to grab one of the at-large spots, but I didn't think there was so much respect for what Illinois had done this season.

it was a clear indication that the only thing the committee really cared about was that Illinois had beaten teams like Gonzaga earlier in the season and didn't actually pay attention to how they'd been playing lately. Which, honestly, is fine by me.

Please, selectors of teams in the tournament, pay more attention to the good teams the Illini beat rather than the narrow wins against teams like Hawaii, Auburn and Garnder-Webb. Oh, and don't even look at the losses.

Anyway, while the 5-seed still seems like a pipe dream to me, both Jerry Palm and Joe Lunardi have moved the Illini up in their latest mock brackets, and according to Palm, that 5-seed may not be such an insane notion.

In his latest mock Palm doesn't have the Illini that high, but they're pretty damned close. He has the Illini as a 6-seed playing Charlotte in the East Regional in Philadelphia. Palm has also removed the Illini from the bubble. 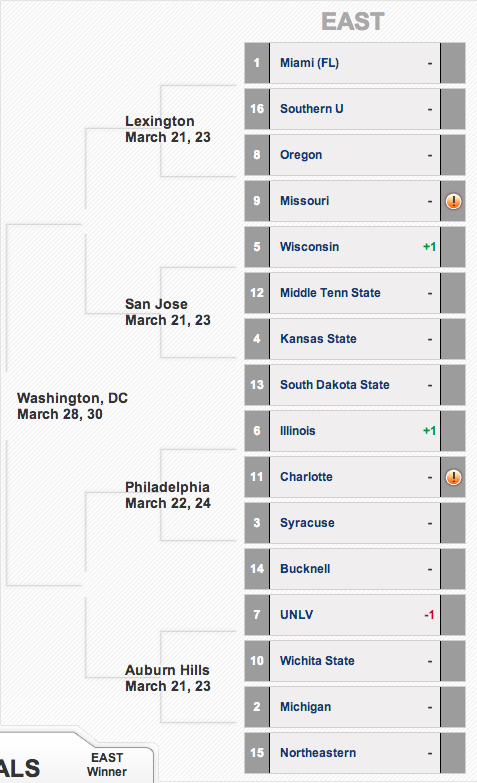 Now, this is a bracket that I could live with. No disrespect to Charlotte, but I like our chances in that game as the 18-7 49ers are currently ranked 113th by Ken Pomeroy, and they're also ranked first in his luck ratings. Which would bode well for the Illini. Not to mention the fact that a possible second round matchup with Syracuse wouldn't be an impossible task for the Illini as well.

As for Lunardi, he's been much rougher on us than Palm, but he also moves the Illini up a spot this week to a 10-seed. He has us traveling to Salt Lake City to take on San Diego State with a likely rematch against Gonzaga awaiting in the second round. 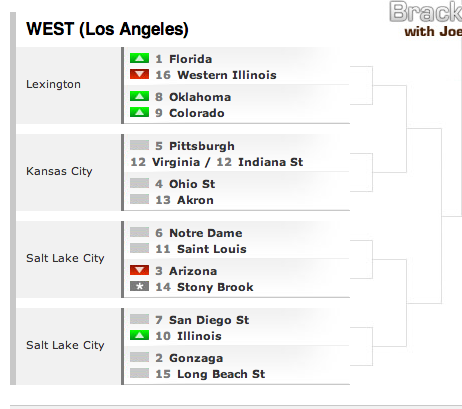 Now, I know the NCAA likes storylines in the tournament, but I'm not sure they'd want a rematch like Illinois and Gonzaga in the second round. Though if it did happen at least we already know we can beat the Zags.

Of course, we are still a month away from the actual selection of the tournament field, and plenty can change before then. For now, though, it's just nice to feel confident rather than having to rely on some upsets over the final weeks of the season.

UPDATE: That damn Lunardi updated his bracket again. We're still a 10-seed, but now we're in Philadelphia playing North Carolina State with Syracuse again looming in the second round. 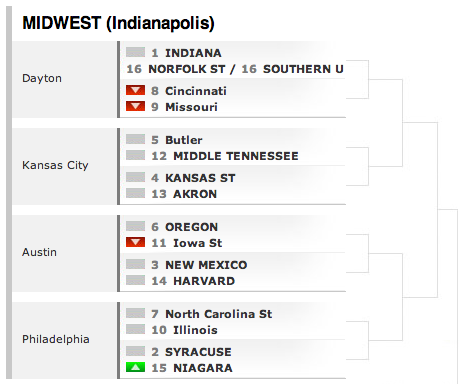