Bracketology: The Illini As A #5 Seed?

Share All sharing options for: Bracketology: The Illini As A #5 Seed?

Ever since the Illini beat Indiana they've been back in the tournament projections of both Jerry Palm and Joe Lunardi. Though in those projections Palm and Lunardi generally have the Illini somewhere between a #7 and #10 seed.

Well it looks like they may be underrating us. If you've been on Twitter the last few days you know there are a few members of the college basketball media currently in Indianapolis for an NCAA tournament mock selection committee. Now, the Illini are definitely in the mock tournament, so we should mock dance, but where the Illini are placed might come as a surprise to you.

I know it came as one to me.

We're pretty much wins over Northwestern and Nebraska away from being a #1 seed, you guys. 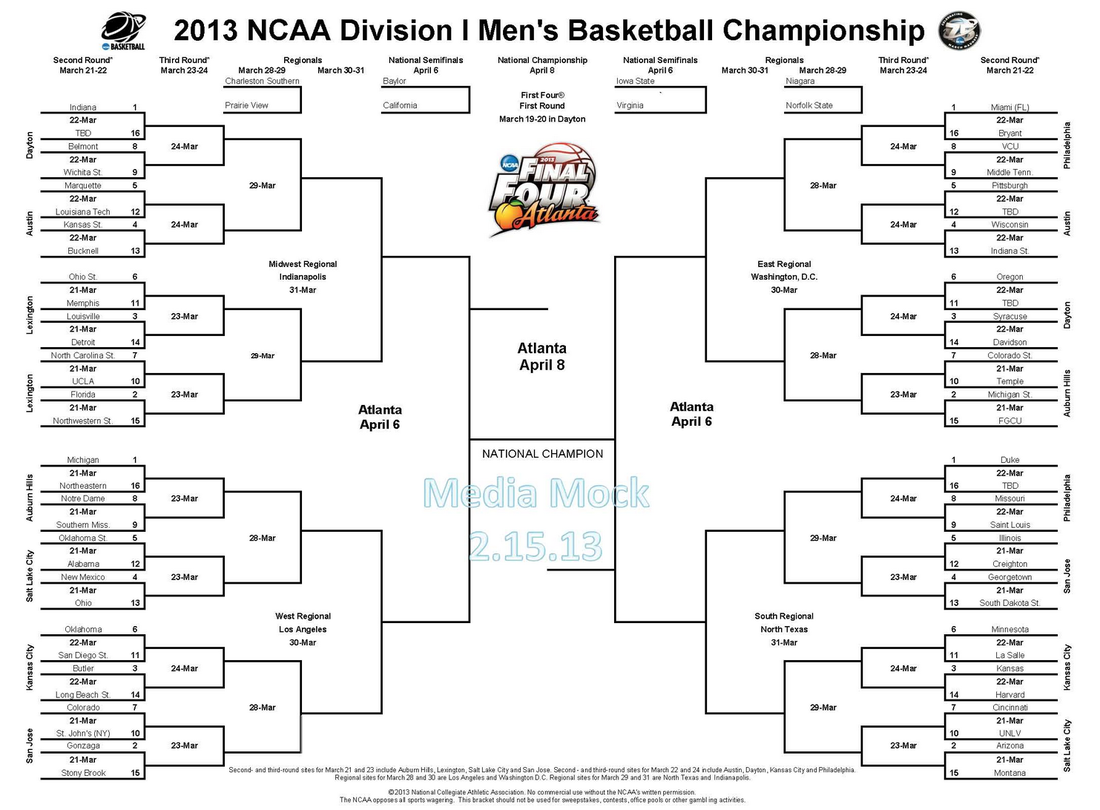