Some Suggestions For Illinois Branding In Chicago

Mike Thomas' idea to dye the Chicago River orange is a good start, but there's a lot more that can be done. Here are some suggestions.

Share All sharing options for: Some Suggestions For Illinois Branding In Chicago

Our esteemed athletic director Mike Thomas did an interview with ESPN.com's Big Ten blogger Adam Rittenberg about building a greater Illinois presence in the city of Chicago, and while most of the things Thomas said we've heard and gone over here before, there was an interesting tidbit.

What Thomas wants to do is take the next natural* step in the process: dye the Chicago River orange.

"There's certainly things we can do to brand and market our program better to create a much greater presence up there," Thomas told ESPN.com on Thursday, "whether it's on billboards or whether it's dyeing the river orange. I know that may not go over well with the powers-that-be."

Now, obviously, Thomas' tongue is likely embedded in his cheek when he says this, but let's pretend he's being serious anyway. Why stop at dying the river orange when there are plenty of other things in Chicago you could dye?

Wouldn't it be amazing to dye Wrigley Field both orange and blue right before Northwestern hosts another football game there?

The L already has an Orange and a Blue line, why not actually dye all the trains in the same colors?

What about this guy? 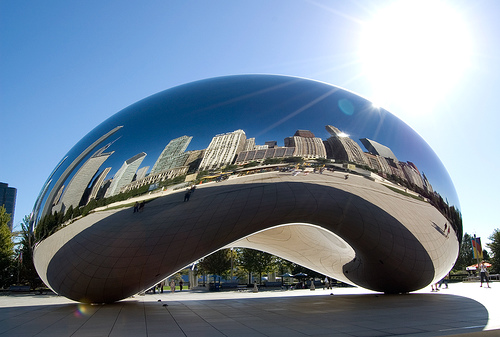 Who gives a fuck about a shiny bean when it can be a giant orange bean?

And what about the Sears** Tower? That thing can be seen from the western suburbs, man. Dying it orange and blue with a giant block "I" on it would be visible throughout Chicagoland. 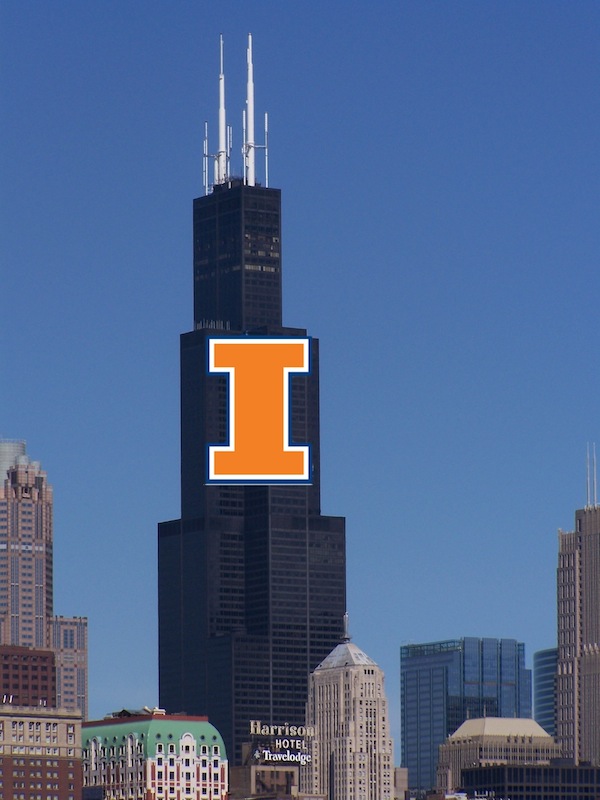 *By natural we mean artificial