As you'd expect, both Joe Lunardi and Jerry Palm have the Illini in the tournament in their latest Bracketology updates.

Share All sharing options for: Bracketology: Our Chances Improve

It's amazing what a couple of wins against the #1 and #18 teams in the country can do for your tournament prospects. And by amazing I mean predictable.

The win over Indiana was enough to get the Illini back in both Jerry Palm and Joe Lunardi's projections, but the win against Minnesota improved their chances even more. While the Illini still reside in a bubble capable of being popped, that bubble is quickly soaring out of reach of the sticky fingers of the children trying to pop it.

We will start with Jerry Palm's projection, as he never gave up on the Illini, even at their worst. In Palm's latest projection he moves the Illini from an #8 seed playing Oregon in Lexington to a #7 seed playing Boise State in Philadelphia. A very winnable matchup for us, though it does leave us having to play Syracuse in the second round if we advance. 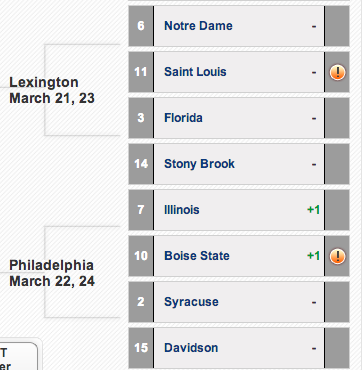 As for Lunardi, the Minnesota win moves the Illini out of his "Last Four In." No longer are we forced to go the play-in game route, but instead we've got a nice, safe, comfortable #11 seed playing Notre Dame in Kansas City. Local flavor! And, of course, if the Illini managed to get by the Irish, they would likely be playing Kansas in the second round because Lunardi loves setting up those kind of "rivalry" matchups. 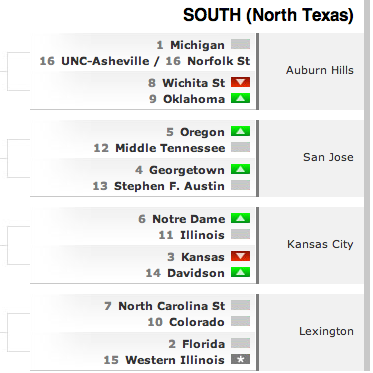 Of course, for me, I don't care who we're playing, where we're playing them or what seed we're playing as. All I care about is that we're in the tournament, and right now it looks like we're going to be.

Let's not fuck it up.